I left school this morning feeling rushed. I had homework to do and a group project that needed my attention, but frankly, I think we can all agree that my mental health needed to be the priority here. 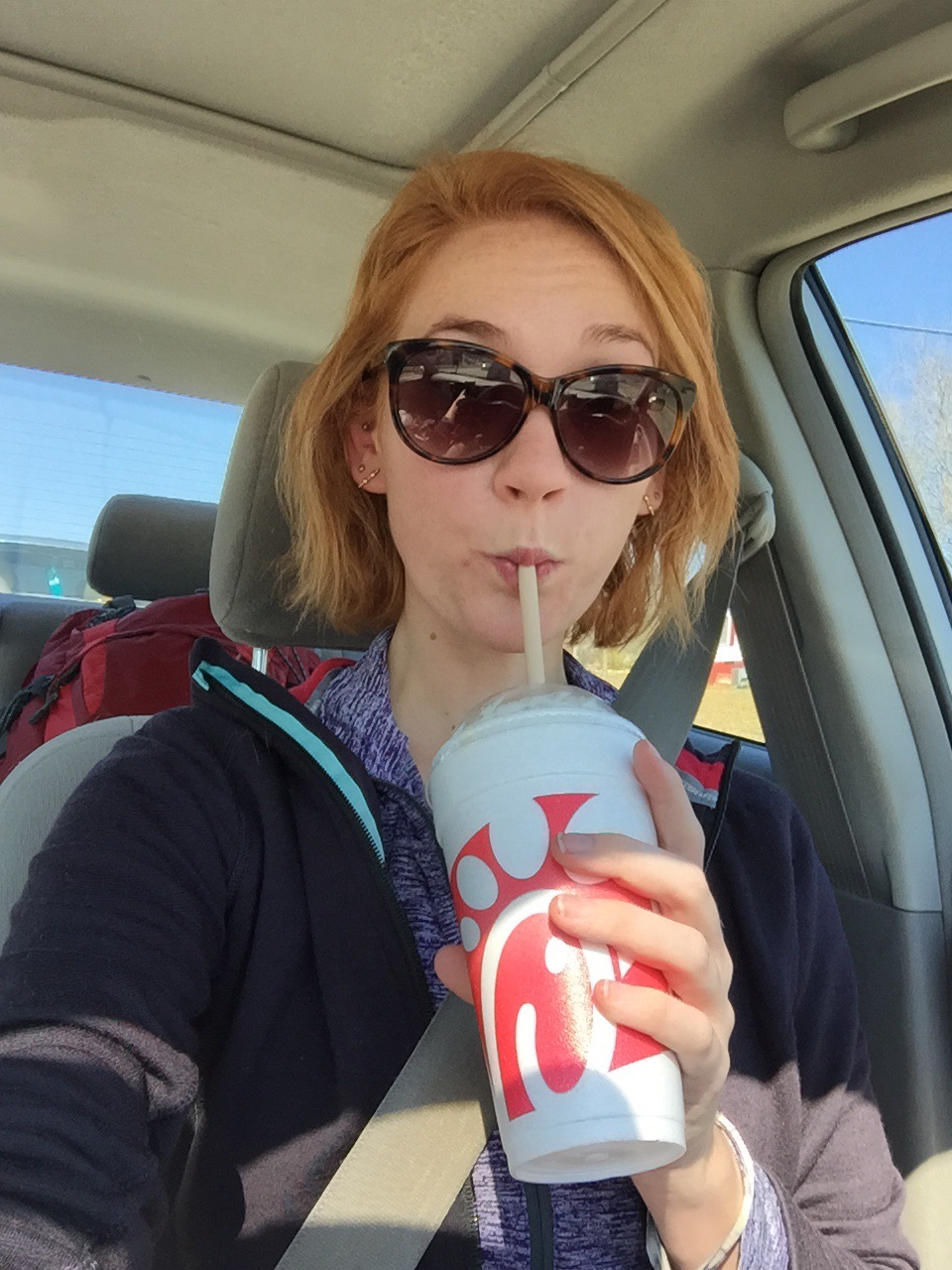 I got a free chocolate shake when I stopped for chick fil a, which was nice. And my shuttle, Andrea, from The Hike Inn, was delightful. But it was a rough hike today. There were bright spots, like this overlook with the warm sun beaming into my face:

Or the Nantahala Gorge Overlook: 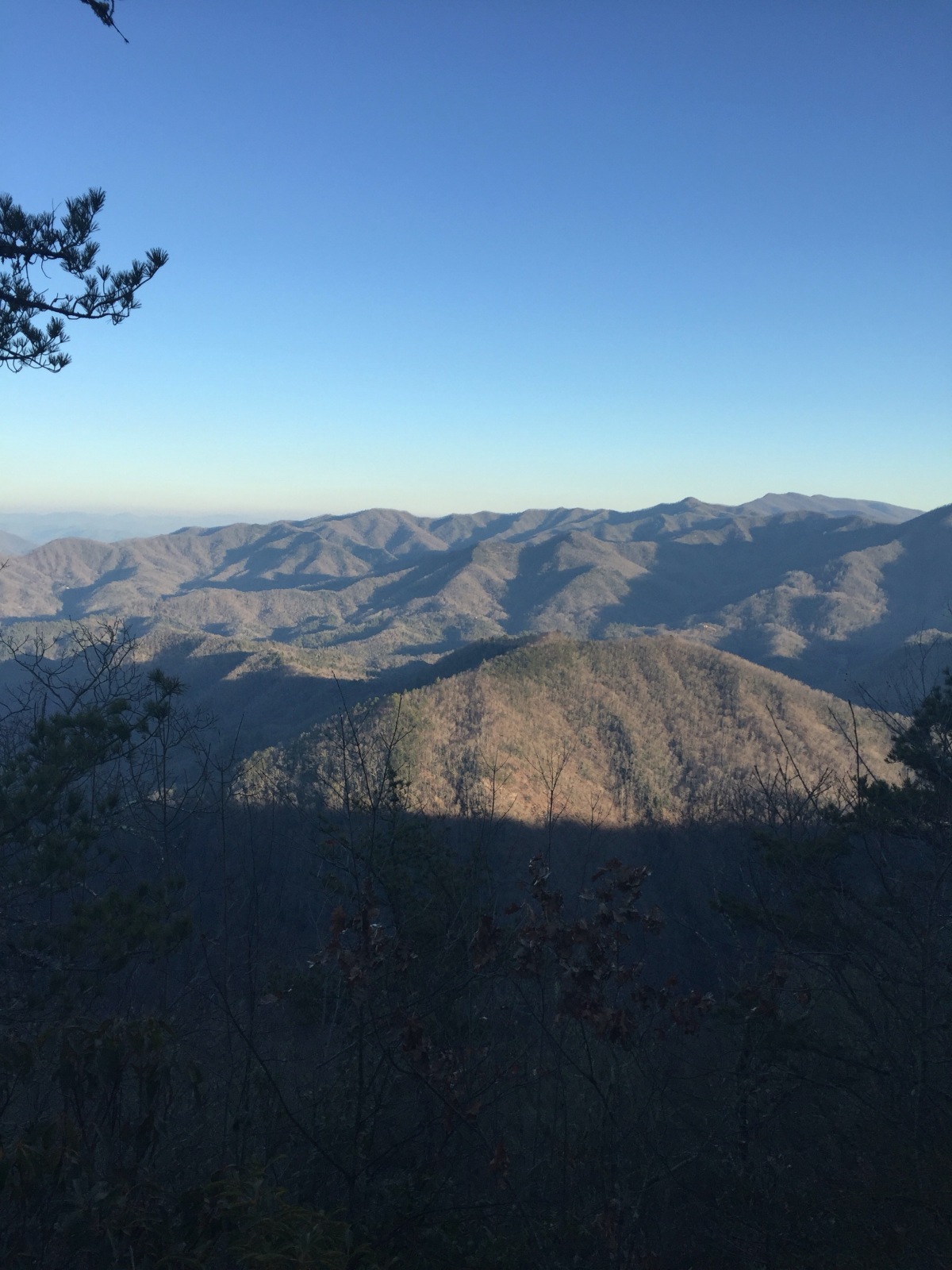 Or running into three campers who told me about a salamander that only lives on top of one mountain here.
I also got to test out two of my three new pieces of gear. The first is pretty low tech. Gonzo had commented on my lack of pee rag; I’d been following the advice of Internet commenters which was to just use leaves but after a day or two of my January trip I’d come realize that 1. They were all dudes and 2. There aren’t many leaves in January. So my secret “get your act together, Lindsey, you miserable excuse for a human” name for myself was “pee pants.” It’s what I called myself whenever I just couldn’t walk anymore. It’s what I’ve been calling myself all this week. (For the record, it’s not like I ever peed my pants, it’s just humans invented toilet paper for a reason. Leaves just aren’t that good at that particular function.)
So. I’m trying out the pee rag and so far I like it. I just haven’t quite figured out where to pin it on my backpack. And I keep setting it in the dirt when I put my pack down. It’s a dirty pee rag. Whoops.
My other new gear are Khatoola Microspikes. I have no idea if I spelled that brand right but you can google easier than I can. I bought these at the beginning of the week when I wasn’t sure how much snow there would be or how much it would warm up. It did warm up quite a bit, but there’s still rather a lot of snow, so I got a chance to test them out. 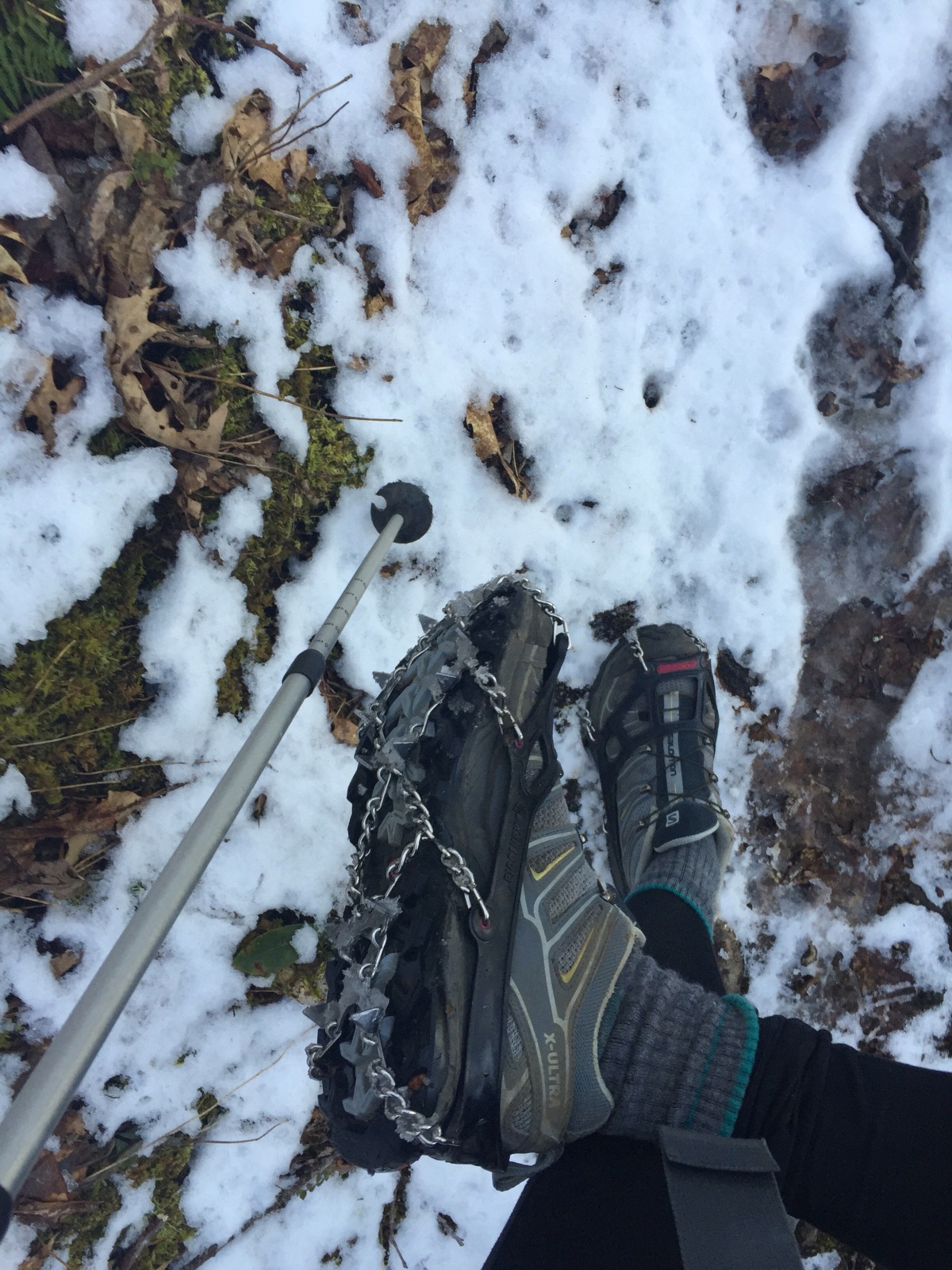 It was AWESOME. I felt like I was glued to the snow.

This part of the trail reminded me of this old computer game I used to play called Treasure Mountain. You were this little elf guy and you had to solve math problems to get coins. I loved that game.

Anyways, that part of the day was ok. But it was, as I said, still kind of rough. You can’t expect everything to be fixed the moment you start walking. There was some crying but it is exceedingly difficult to cry and walk at the same time, especially when everything is uphill.

I made it to the shelter just as the sun was setting. There was evidence of mice but not recently; I read through the shelter log but someone had ripped out all the entries after November. I decided to sleep in the upper loft, which is where I found the mice. Or rather, where I found their remains. Dead mice.

I set up my bags, ate a snickers and called it dinner, studied some Materials homework, and went to bed at 7:30.