It’s weird to think how much has happened since I first met Bent at that shelter back in Vermont. I finished my NOBO section, hung out with Honeybuns in Hanover, flipped, and caught up with Bent again in Massachusetts. We hiked SOBO together and became fast friends, watching a meteor shower together, picking blueberries, eating sour candies… 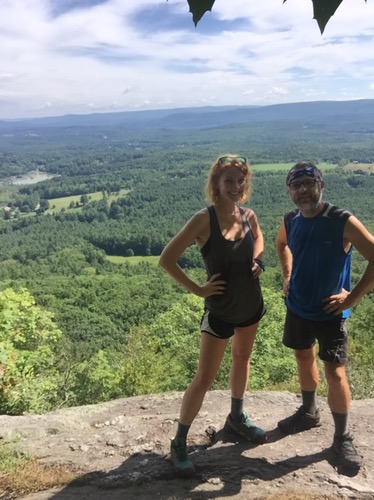 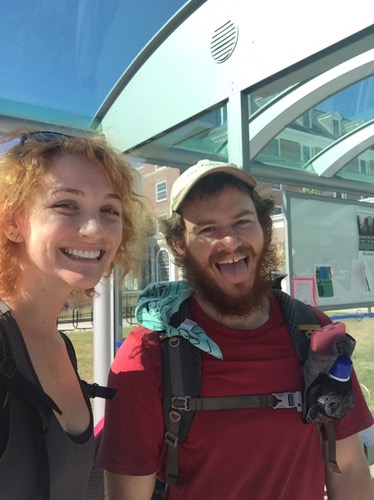 And then I went back to school, and Bent kept hiking south. A month or so ago, I went out to Virginia (I didn’t write about this, so don’t think you missed an entry) and hiked a section with Bent and some other SOBOs and a lasher. We caught up again, filling in the details we’d missed between phone calls and texts and snapchats. And I left, and bent kept hiking south. 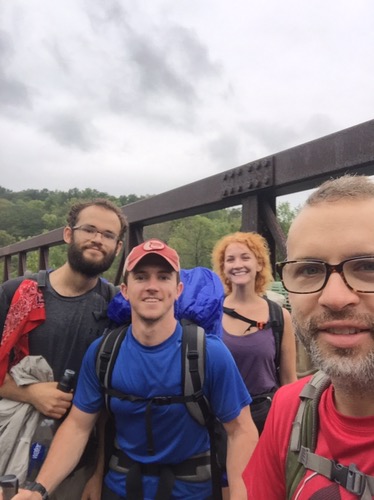 And then Saturday, I left my apartment at 3:30am and drove to Devils Fork Gap. I hiked north (slowly) for 3 miles until I ran into Bent. Well, I was stopped on the side of the trail when he texted me and said “why don’t I see you yet?” I replied, “idk I’m being really slow today.” And I started walking and then immediately saw him, so. 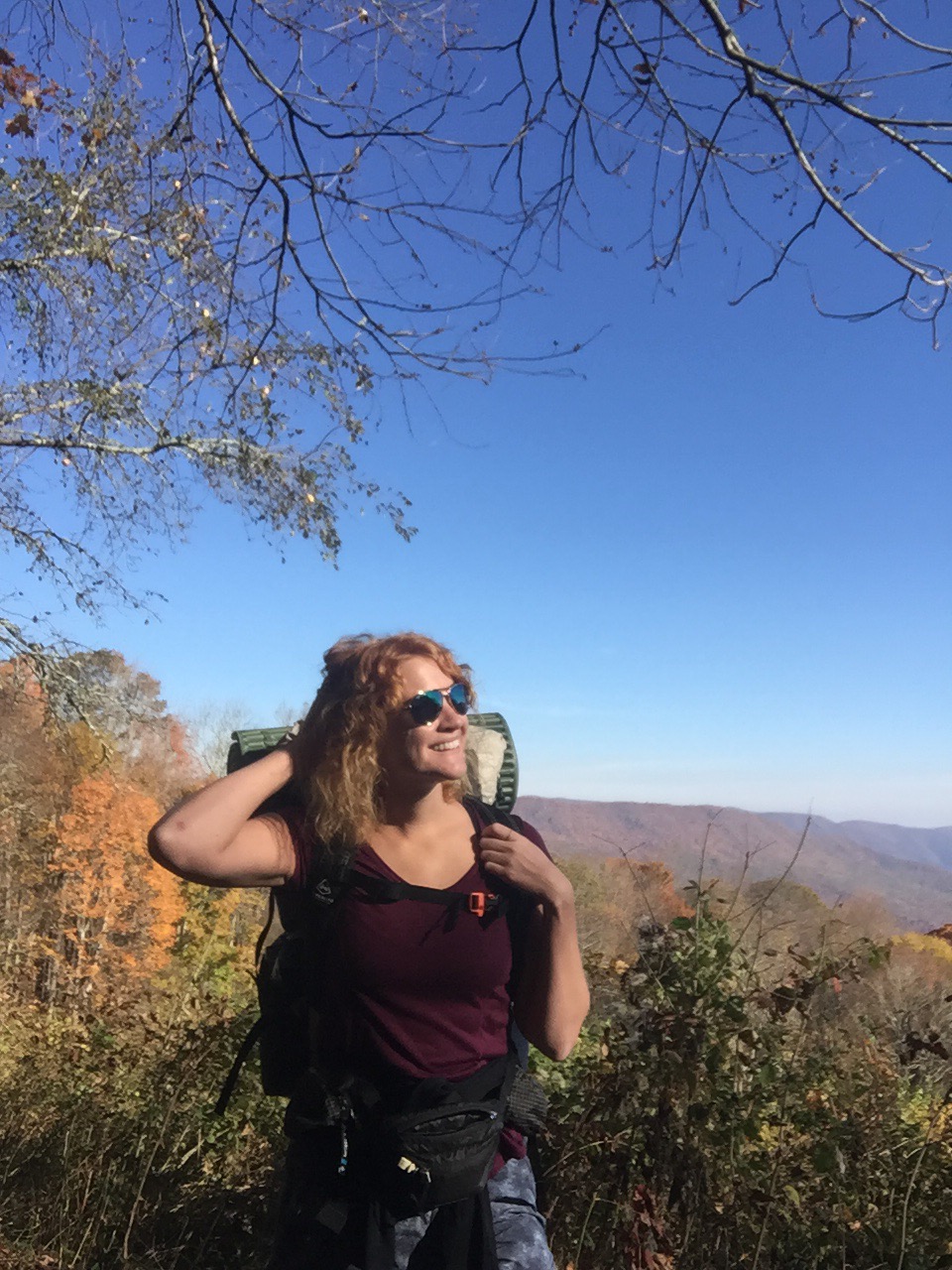 We ran to each other and I gave him water, a grape soda, and a butterfinger (his requests). And then we headed south together. 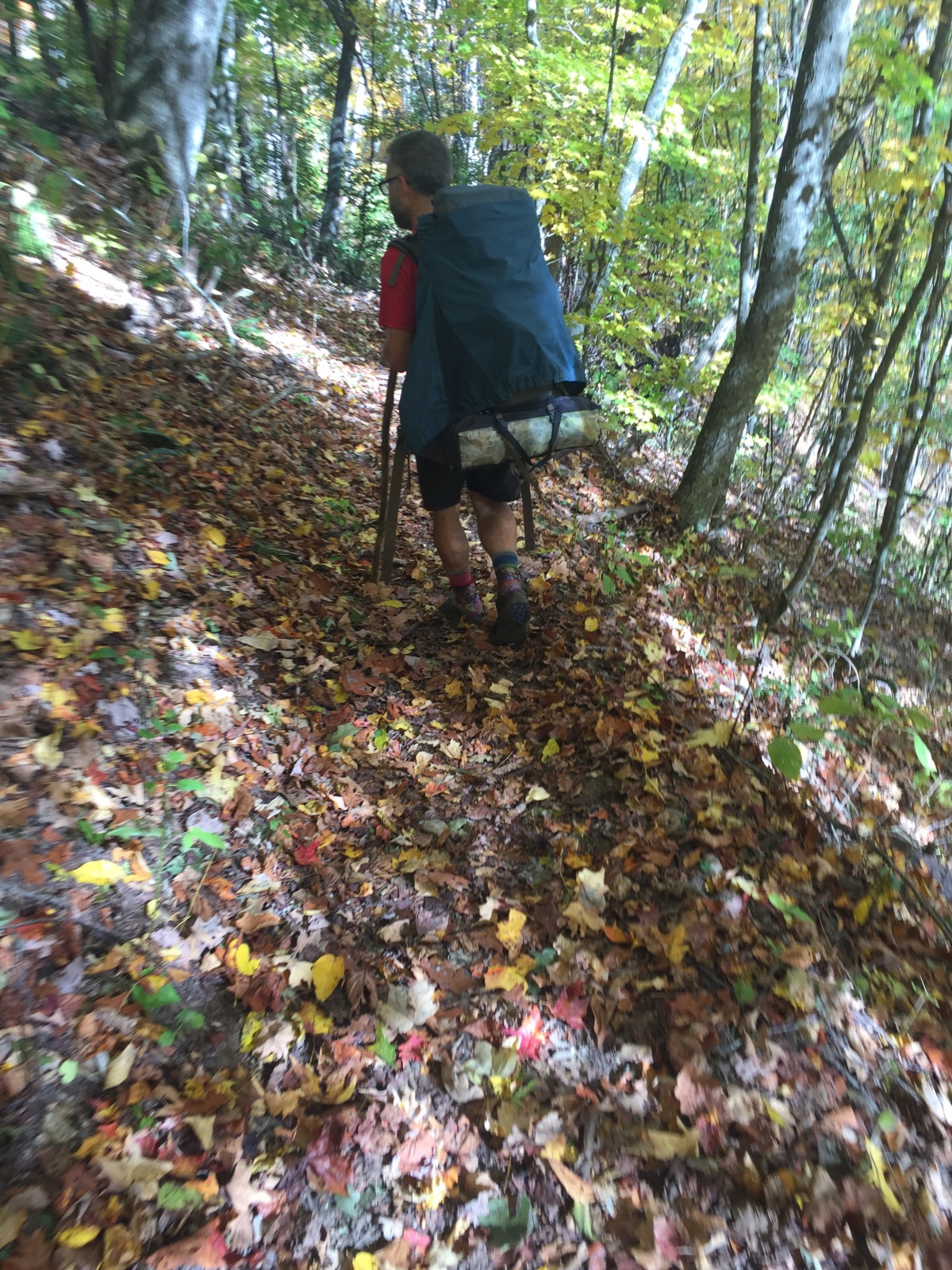 We headed south while we talked about our love lives, the trail, my midterms, our friends, musicals, food, religion…Bent and I can cover a million topics, it feels like.

It was hard to believe how much the forest had changed in just a week. The colors had deepened even more– now we were really in autumn.

We stopped for a break at Jerrys Cabin and met Achilles and Comet. Comet was from Jacksonville and had someone ask her recently if she knew Honeybuns. She didn’t, but I do! The circle is complete.
We hiked up to Firescald Knob and sat and wondered what it was about these huge, open vistas that make everyone, no matter where they come from, sit back and appreciate them. I mean, maybe in some cases some people get bored of these big views after a while (ahem, my little sister), but there’s something there, isn’t there? 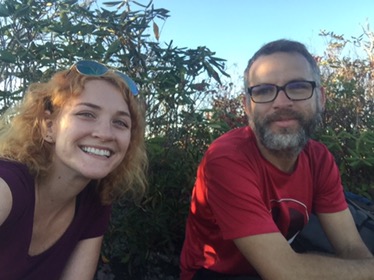 I think it reminds us that we’re just a tiny part of something much bigger. And puts our little problems in perspective. And yet, despite how insignificant we are, we’re still so important in the scheme of things.
Crazy.
We made it to Little Laurel at dark. I do love a good night hike. We talked, while rushing down the mountain, about how we hoped someone would still be up at the shelter, and there would be a fire, and there would be space in the shelter. 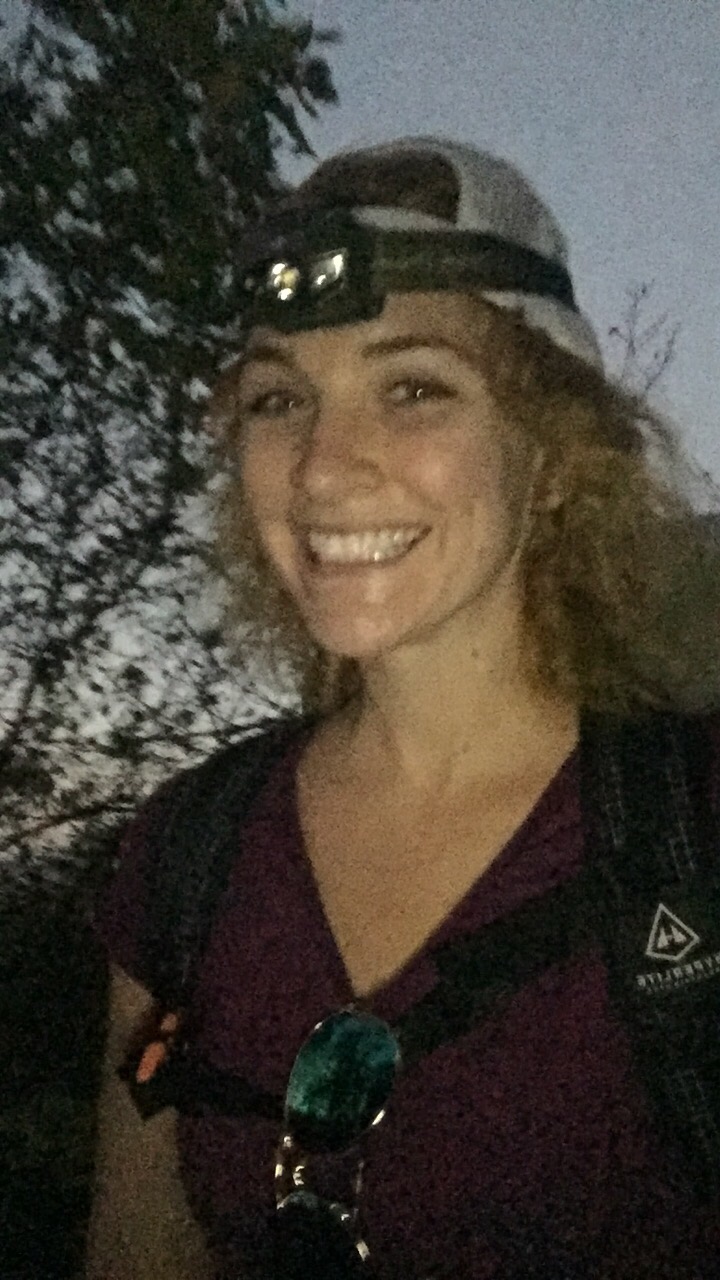 All our dreams came true.
No Worries was cooking. A fire was smoldering. A section hiker was still up. Two other sectioners were dozing, but I didn’t worry about them. There was space for me, and Bent had already decided he wanted to tent. We got water and started dinner.
And then I found out that No Worries used to work at the same company where I co-op and his uncle works for the NRC. Go figure. Small world!
Miles: 3 NOBO + 3 SOBO back to Devils fork + 15.7= 21.7
MVP: bent around the corner

LVP: blisters
*****
Bent and I left in the dark (oh heeyyyy winter) and started our hike to hot springs.

We tried to go to Mom’s, because Bent wanted a candy bar, but they were closed. I gave Bent my snickers. 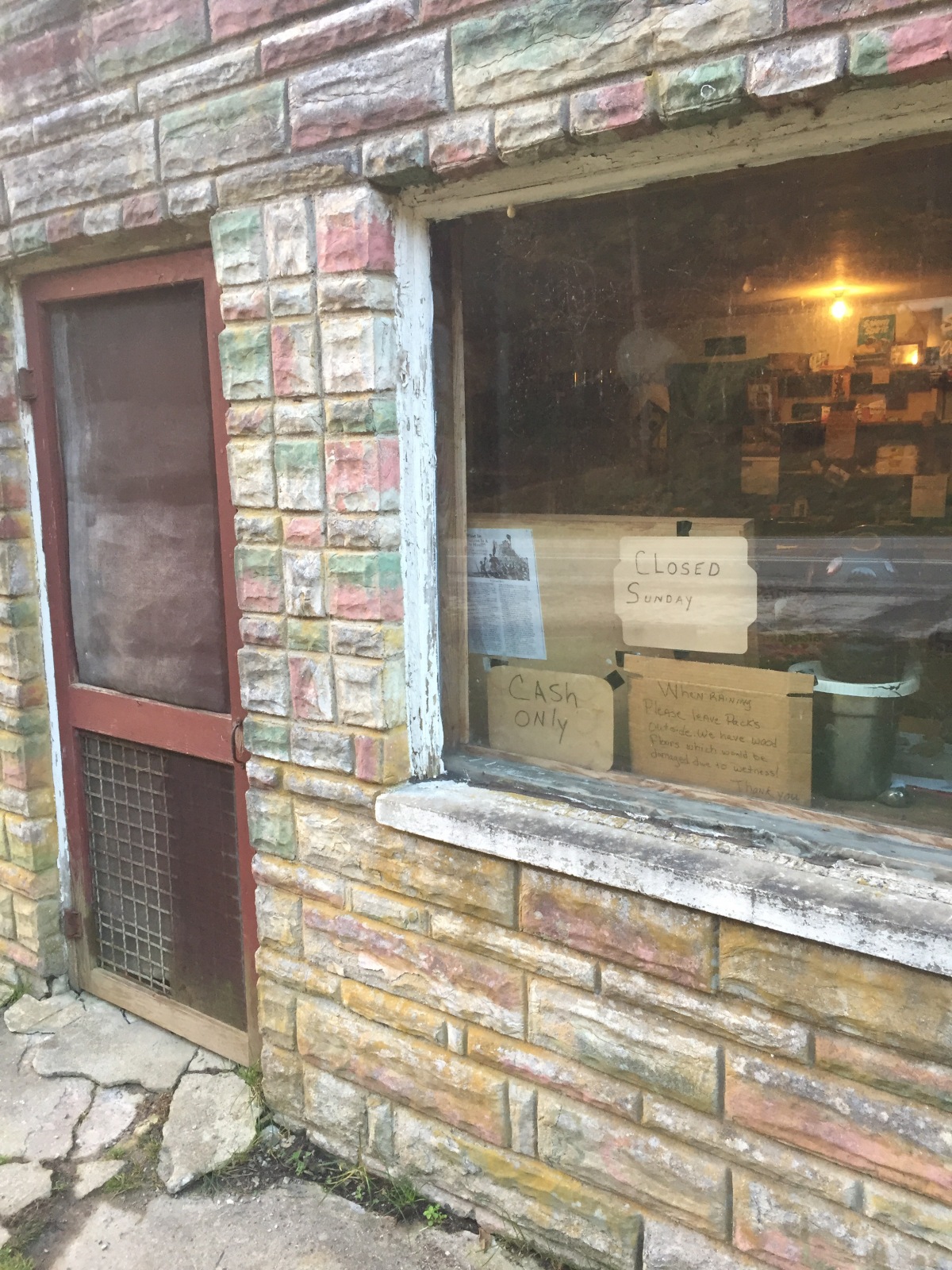 So there’s this one climb. Allen Gap. I remembered it from the last time I did this section. I remembered it being terrible. When we started that climb, I thought, “wow! I’m so much better at this! I am INCREDIBLE!” And then it kept going. And going. 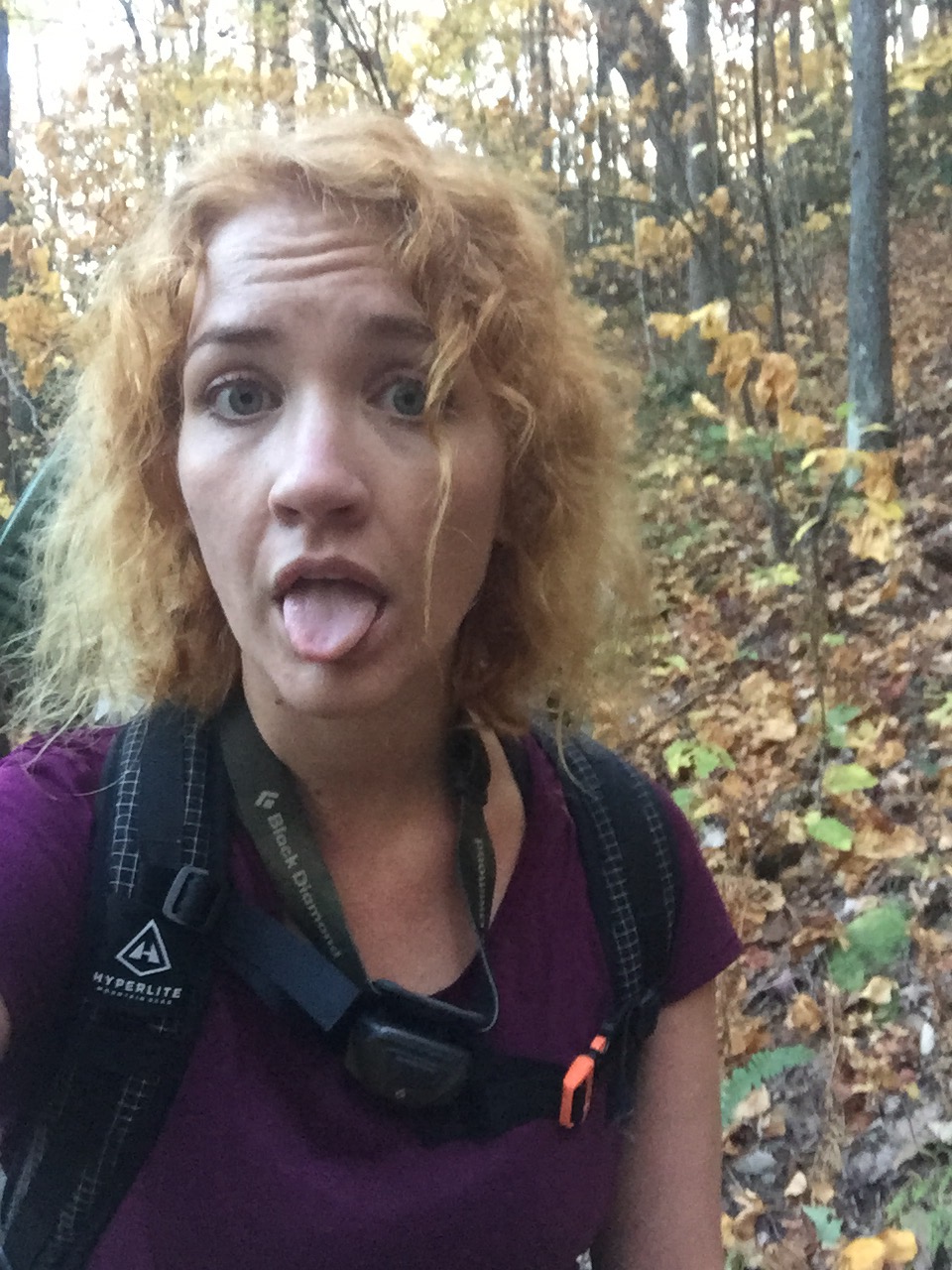 And going.
And then we stopped to breathe and pick up our legs that had fallen off and I thought, “wow. This is still terrible.” Some climbs are just always terrible, I guess.
Anyways, we stopped for lunch at a stream. We got trail magic at one gap- a woman picking up her husband had sandwiches and water and oranges and root beer (I took water because I do not care for root beer). It was delicious and she was sweet. 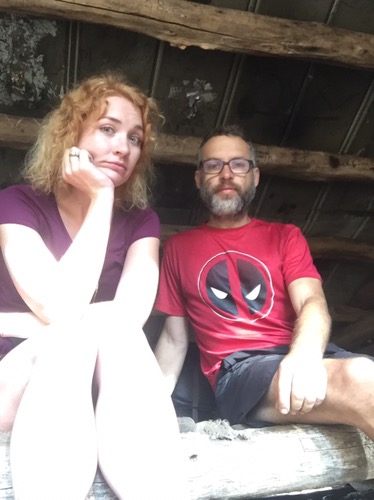 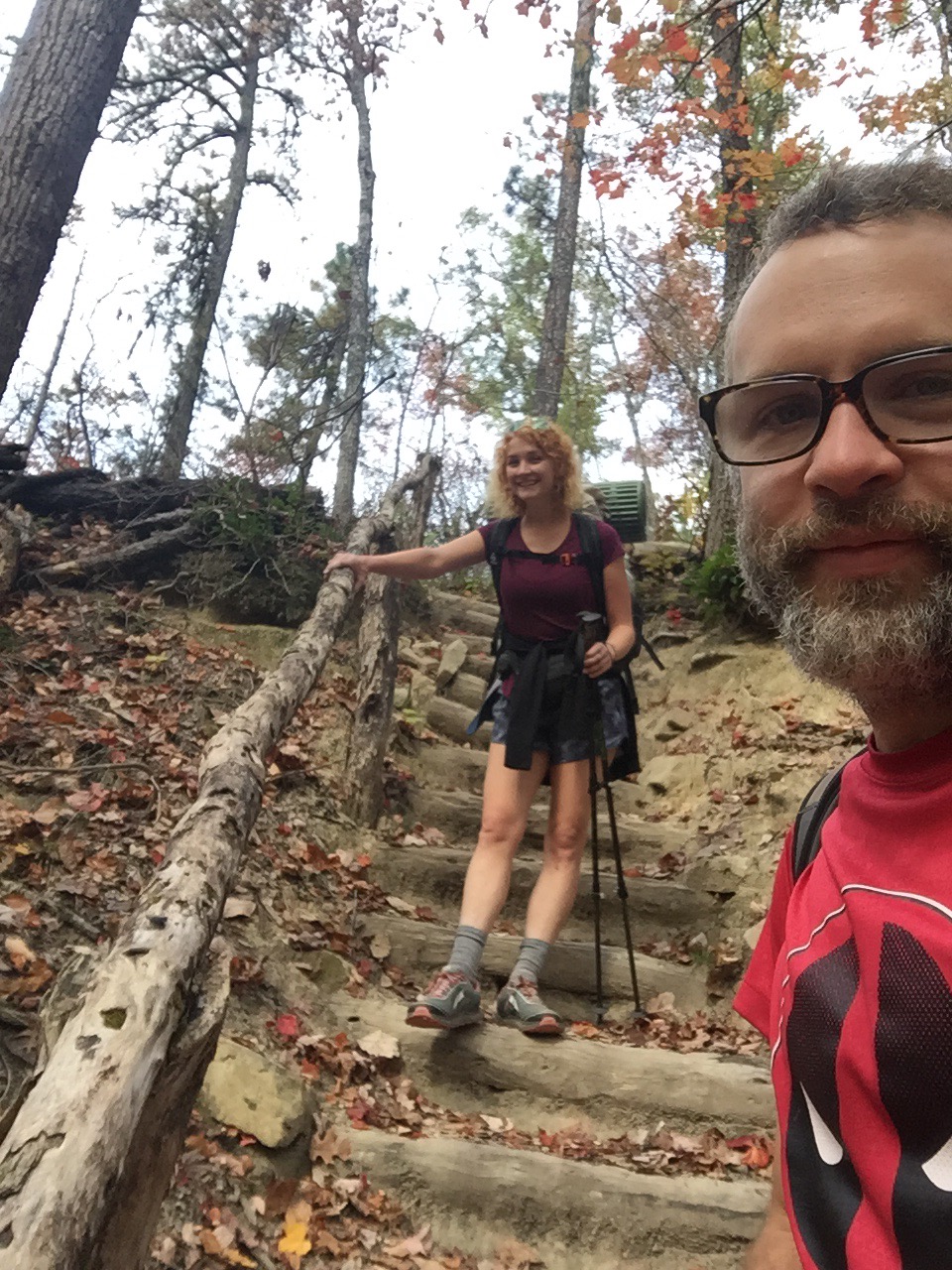 We hit up lovers leap.

And we went to Hot Springs. 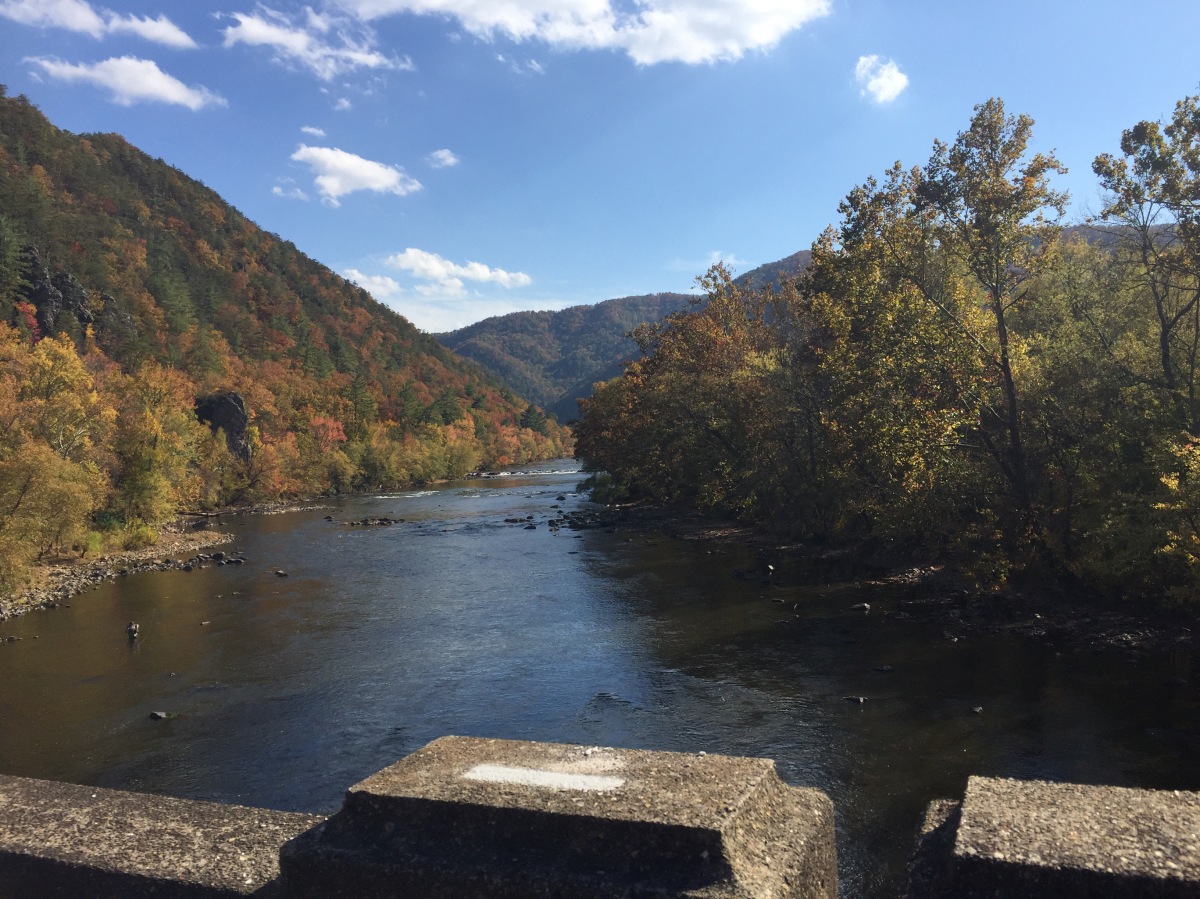 And I said goodbye (after we ate dinner and went to the hostel and Dollar General). Bent will finish his through hike in less than two weeks. I won’t get to see him again before he finishes, but I feel like I’ll see him again some time. 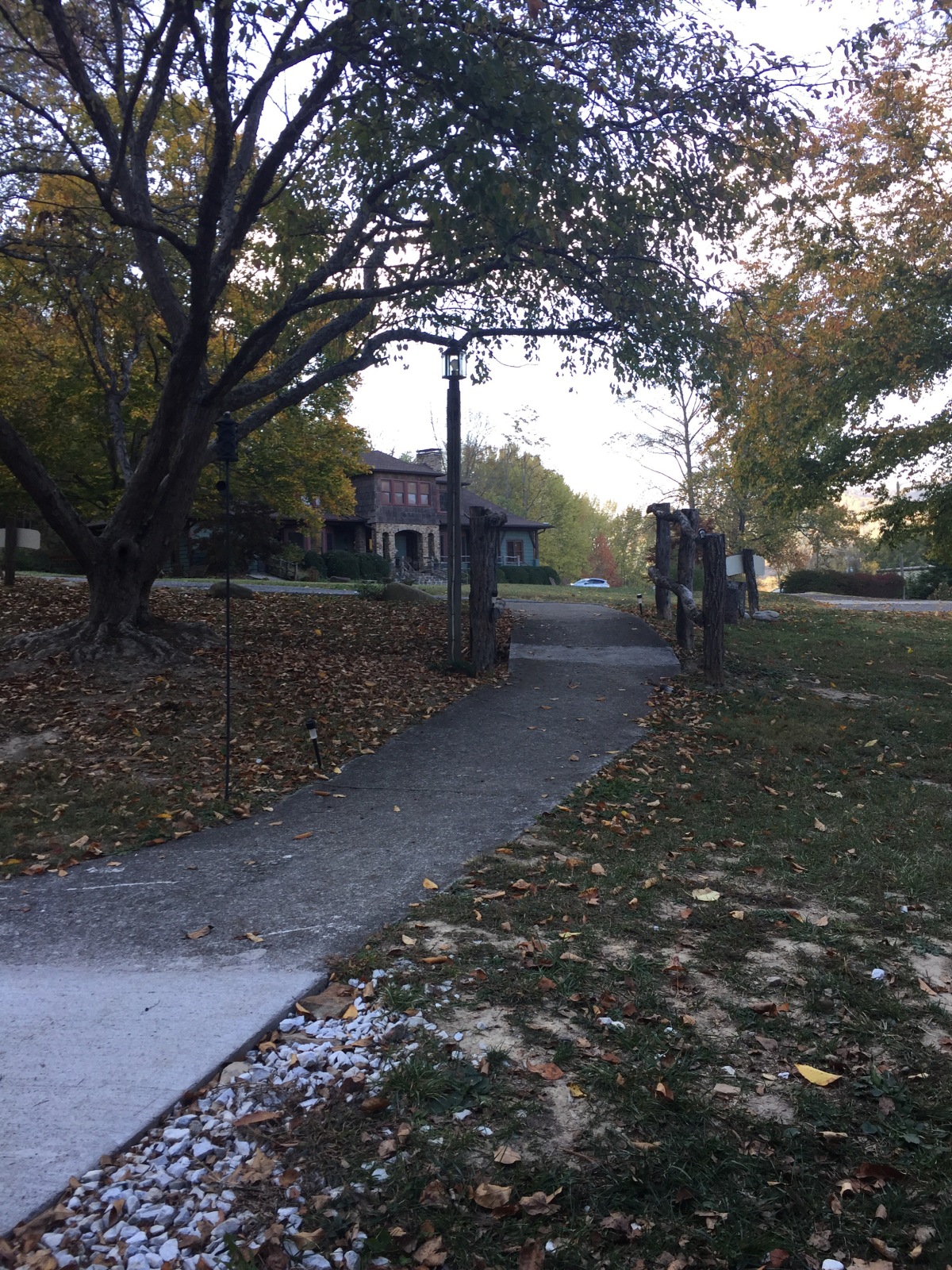 The hike was perfect. It was hard and beautiful and light and there was trail magic– it was everything I could have asked for in a two day hike.
Miles: 19.9

One thought on “Then Again: Devils Fork Gap to Hot Springs ”