Wilson Wilson was the first to get up, but we all three wanted to get up early.

In the night, however, I’d decided to change my plans.
“There have been complications.” I announced. “I think I’m going to do a 30 today.” I had some reasons that I won’t go into, but I was bored with Connecticut and was itching to do some big miles, too.
I said farewell to my friends, and set off. 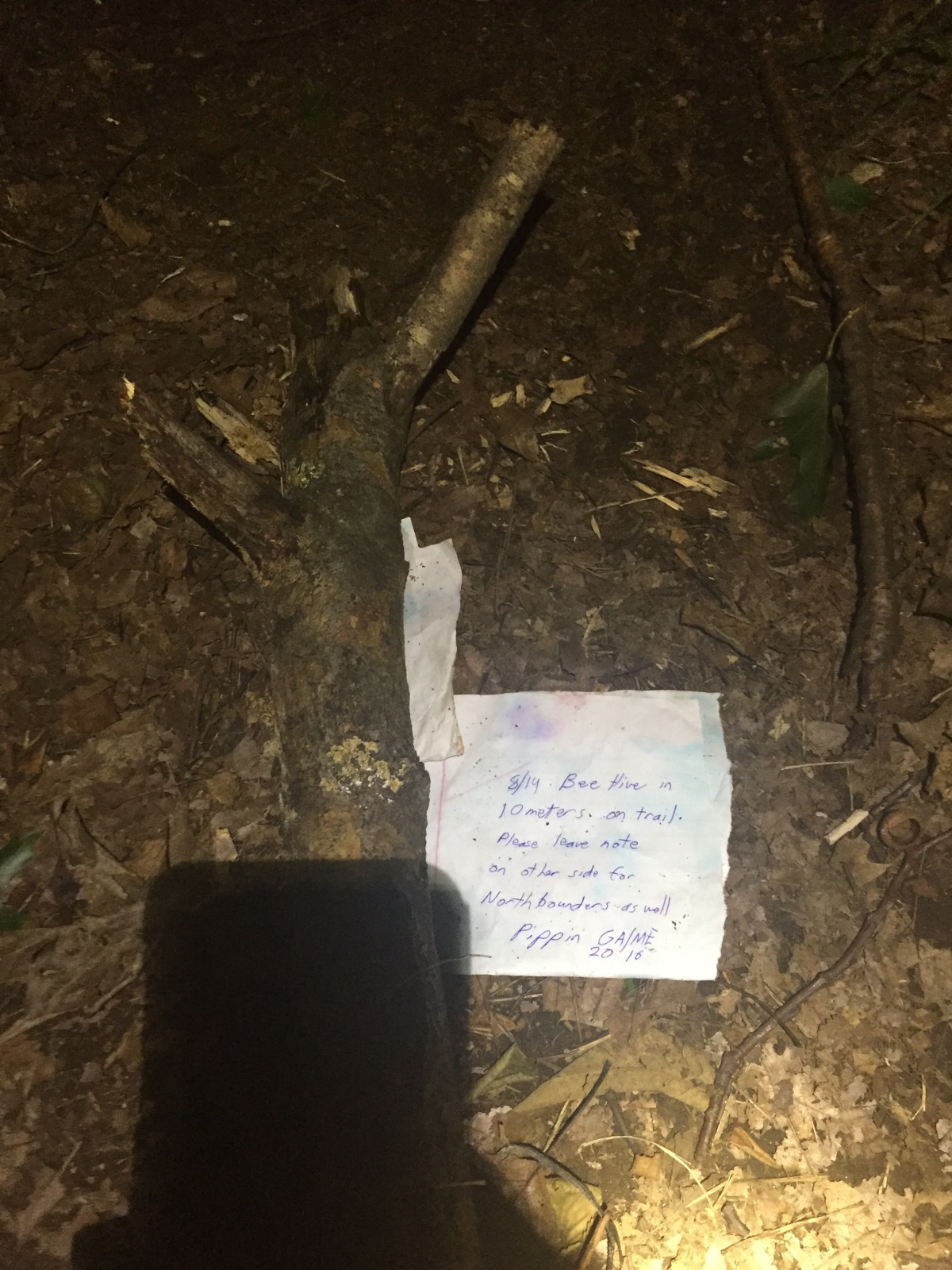 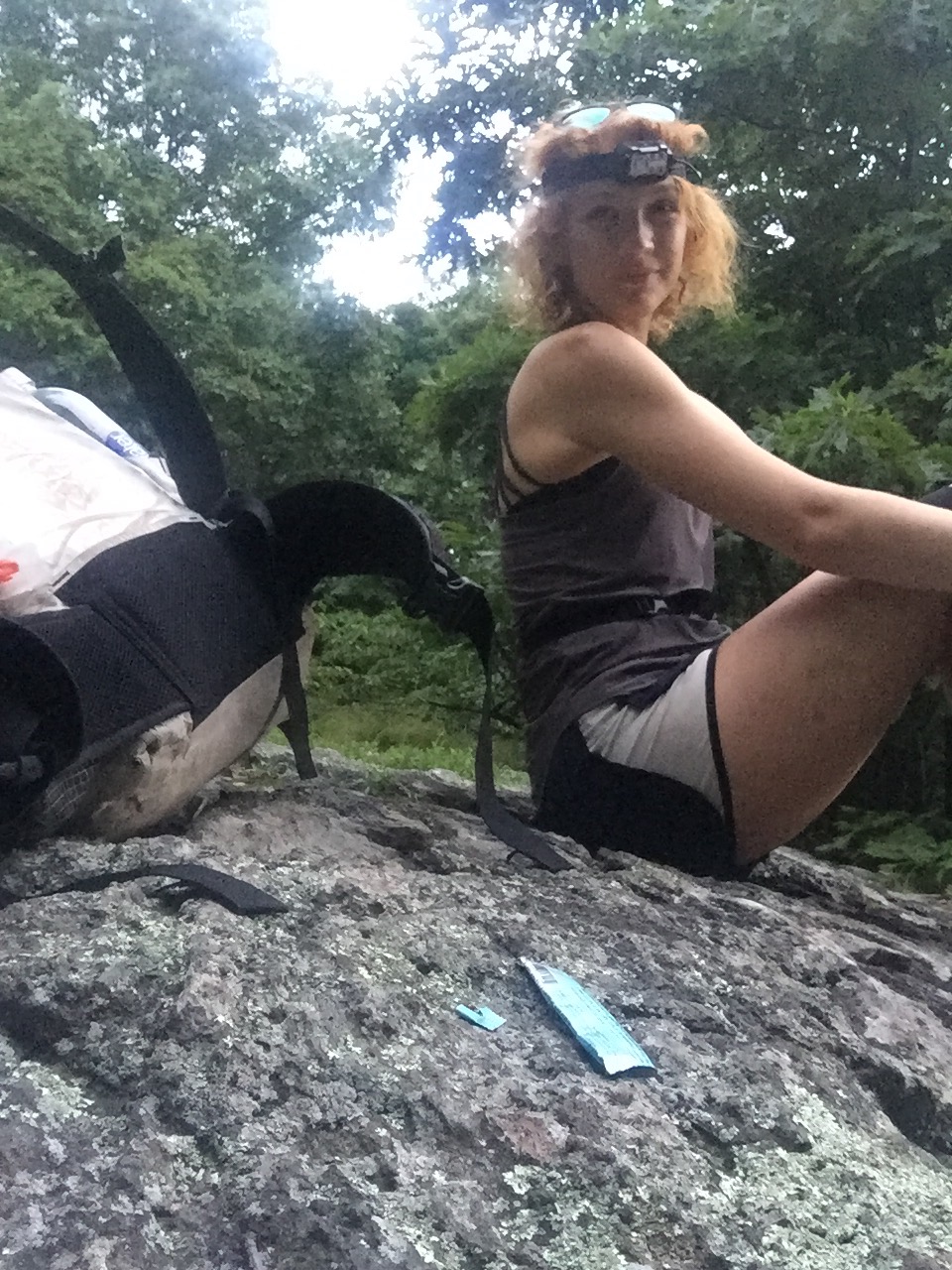 The engineer in me loved walking by the dam and substation. 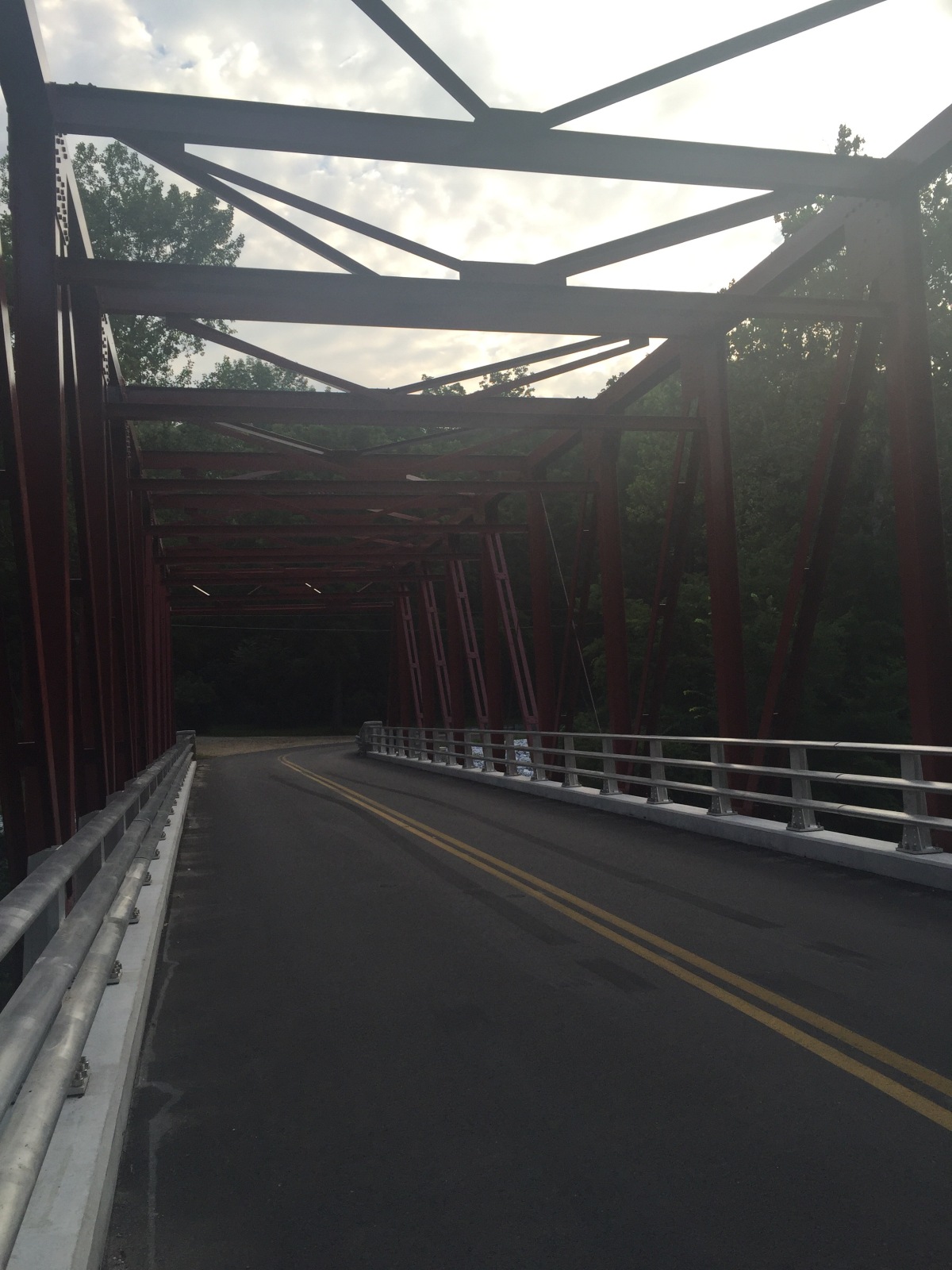 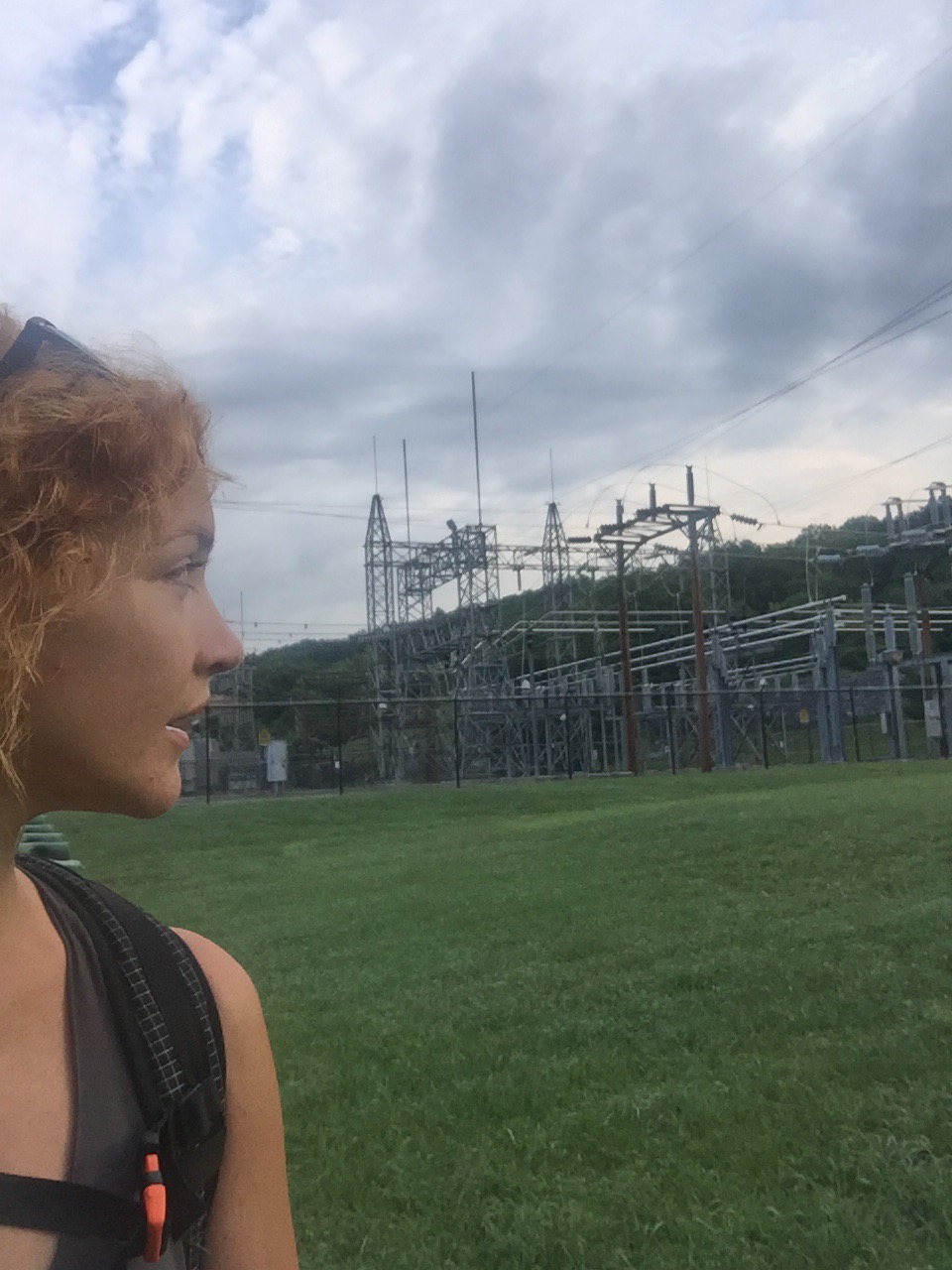 There were easy parts and boring parts and it mostly just went on forever. I had over 10 miles done by 10am. That’s always a good feeling.

I wondered if I could just…keep on going.

That’s a high school behind me. 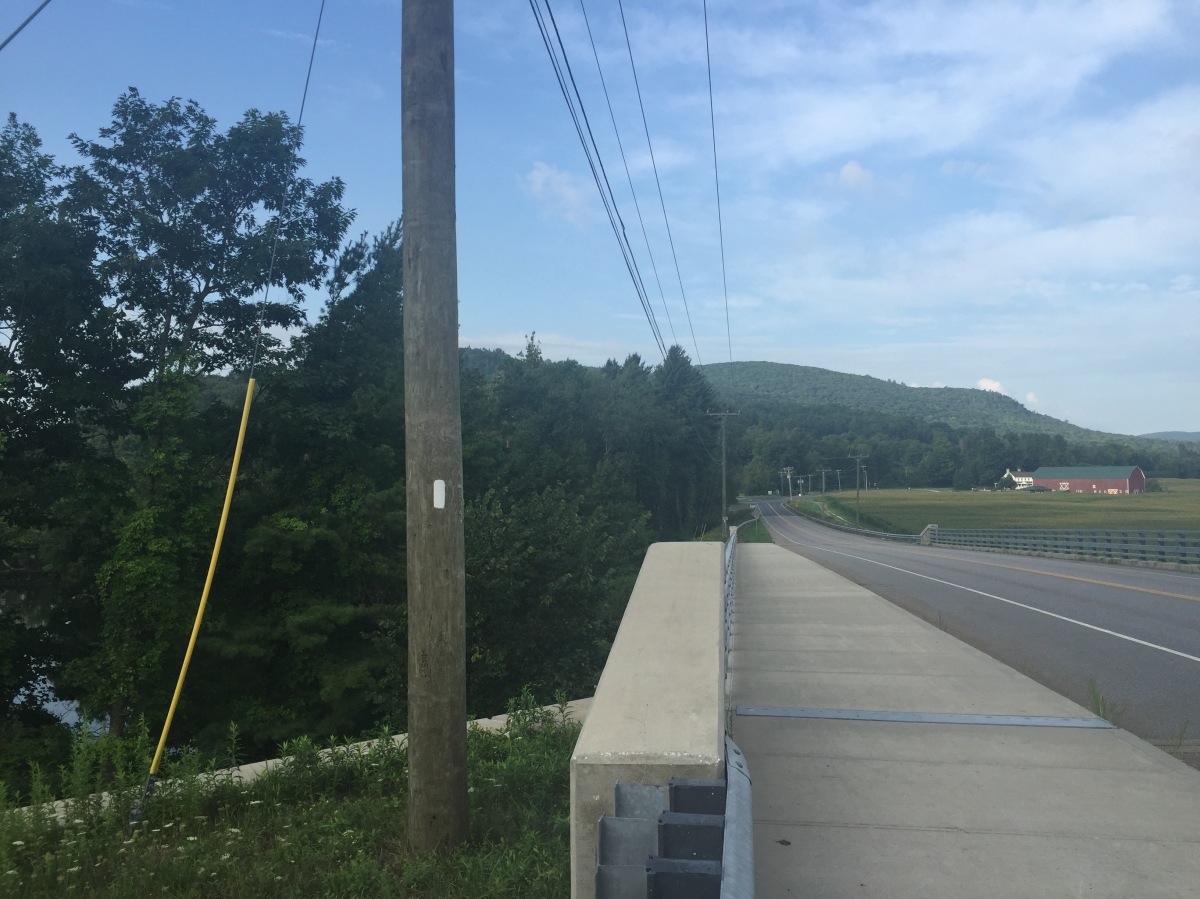 I probably climbed that big pile of trees and dirt. 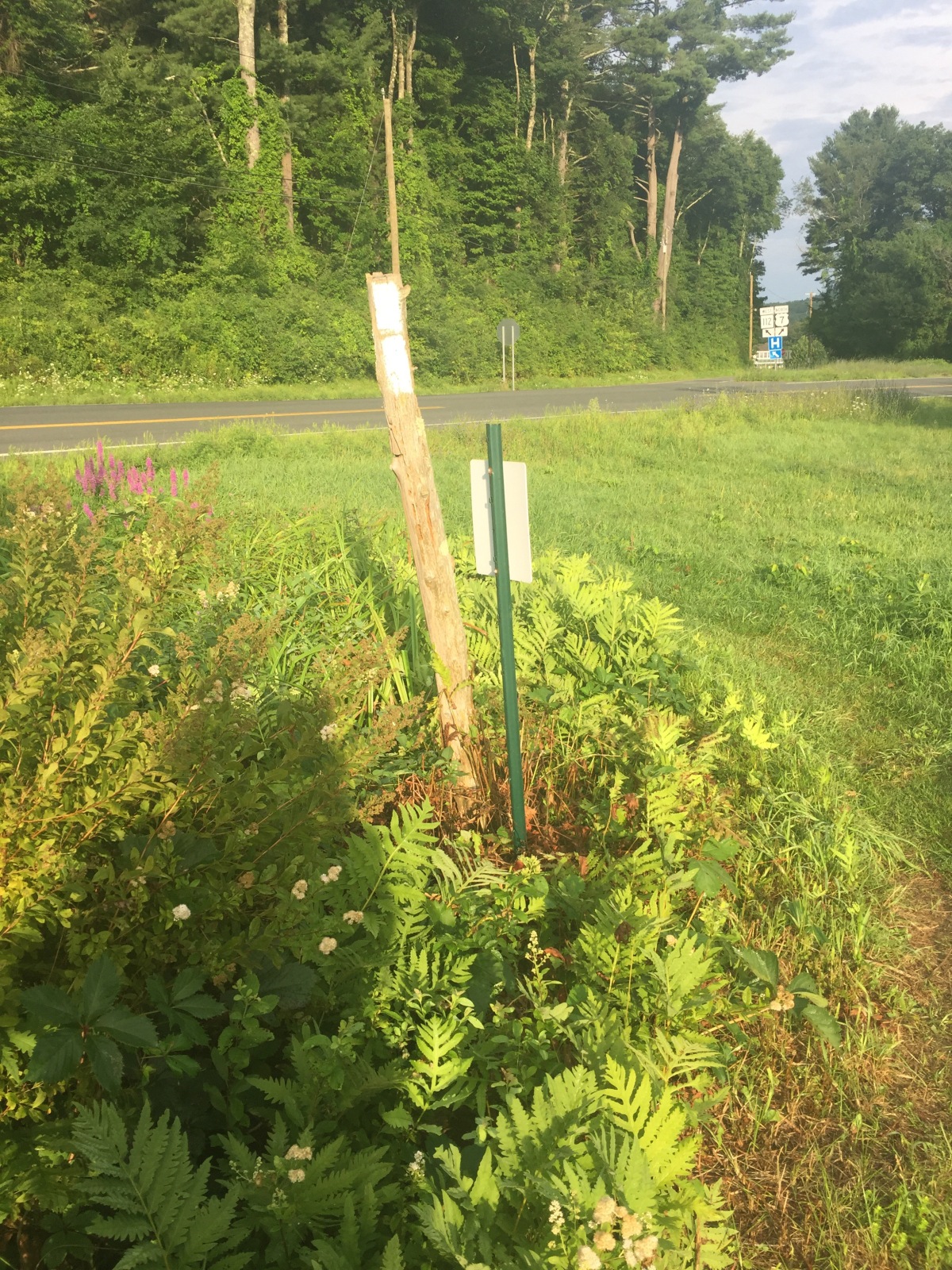 Belters Bump is a stupid name.

When you hike for 32 miles, you let your mind wander. I look at the scenery and the sky and listen to music,hoping to keep my pace up for as long as I can. You don’t think about your body, or at least you try not to. You do think about your feet- are you getting hot spots? Do you need to tape something up to prevent blisters? Unfortunately, I missed two hot spots and went straight to blisters. Oh well. I’m good at ignoring blisters. 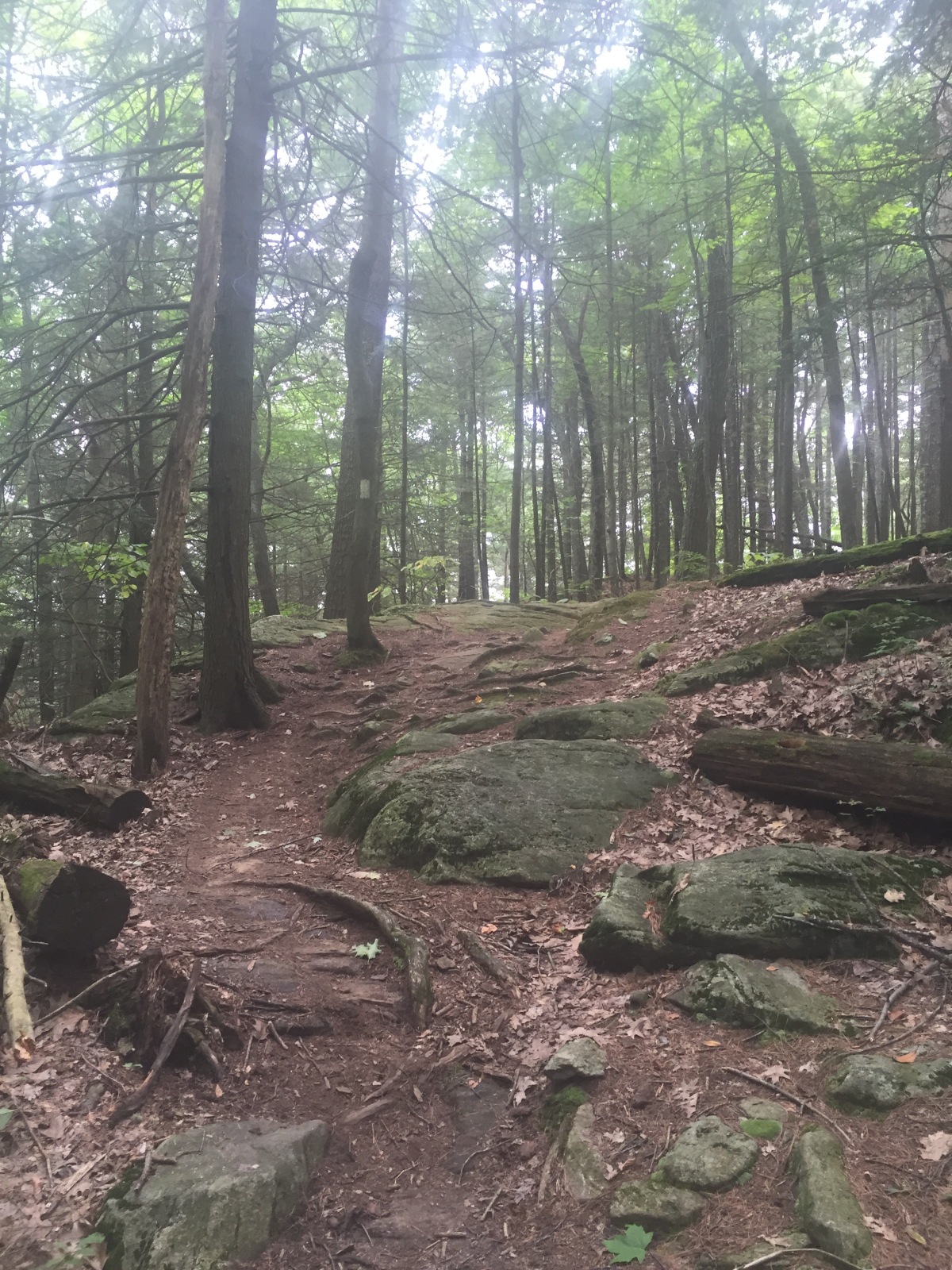 I took a few breaks, being sure to stay hydrated but not carry much water, and trying to eat as much as I could. Both mistakes I made the last time I walked 30 miles. 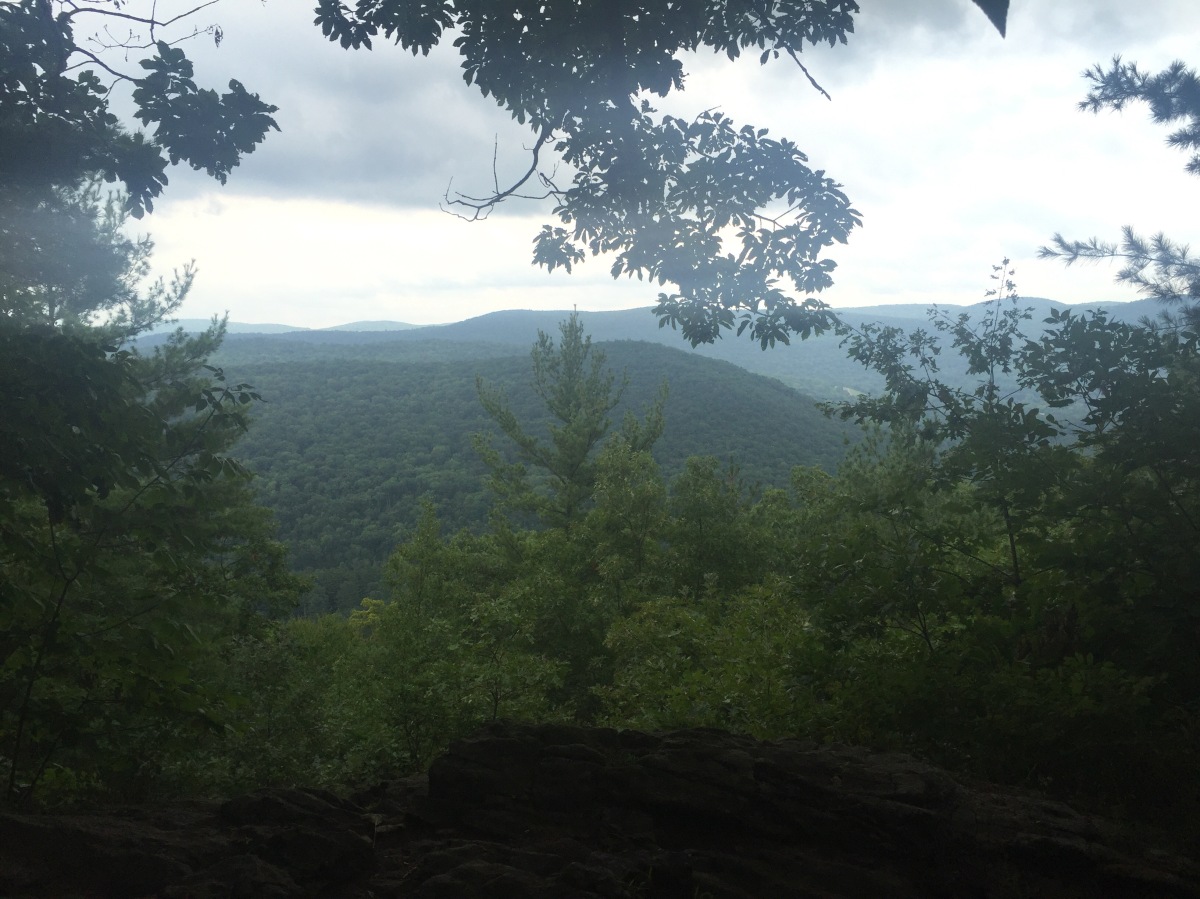 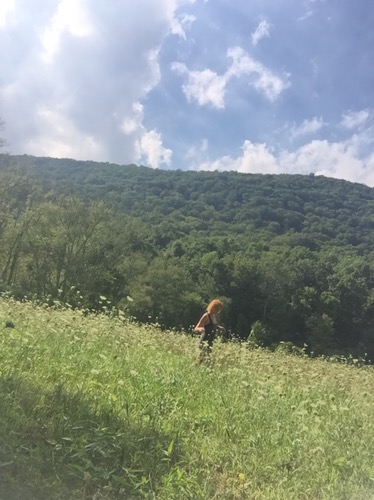 I made it 21 miles to the shelter where Bent and Wilson Wilson would be stopping. I went in for a break and a snack and to leave them a note in the shelter log, and hoped they weren’t too far behind me and maybe I’d get to see them again. 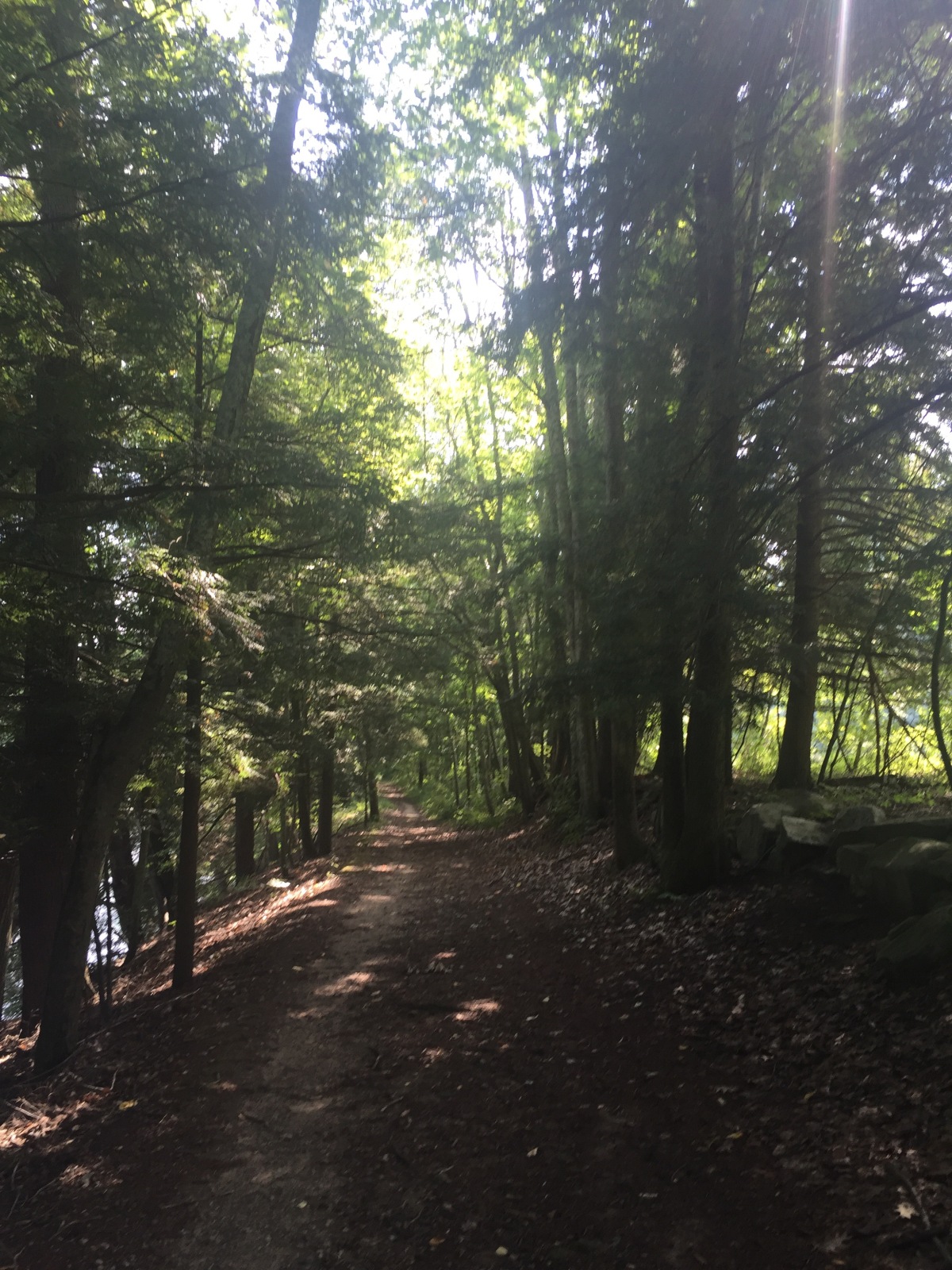 As it turned out, I did. I stayed longer than I meant to, but it was so nice chatting with them that I just couldn’t leave. They told me about this band of roving NOBOs we’d all run in to (they yelled “SOBO coming! Hide your stuff!!” as I stood aside for them, and then, “hey, don’t you know you’re going the wrong way??”). Evidently when they came across Bent, they’d said, “SOBO! Hide your stuff! Oh hey, SOBO, I saw the hottest hiker I’ve ever seen today, and she was SOBO. She had a smile that could steal souls.”
They said the same thing to Wilson Wilson, and he said, “oh, you must mean Birthday Girl.” He said they seemed to like that.
I liked that I have a smile that can steal souls. It was nice to hear.
We finally said our goodbyes, with promises to hike together when they get down south. I’ll miss my friends. They’re both good souls. Gentle, caring, funny, intentional. Different, but similar. I will see them again.

I hiked on, into this mess of a rock scramble. Thanks, Connecticut.

But I got views. 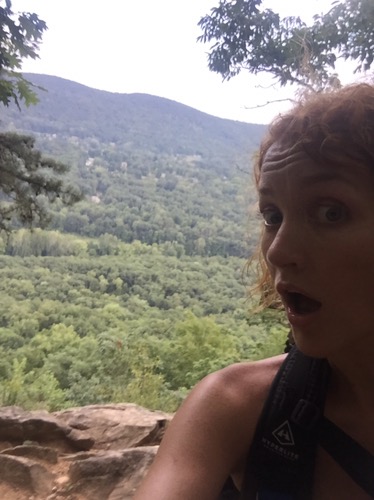 I had a nice chat with Stumbleweed, a NOBO, and got drenched in a thunderstorm, and at some point I had walked 32 miles. I set up my tent and tried to sleep. It wasn’t easy. Everything hurt. Some of you have asked how you deal with pain. I asked Gonzo and Bent if they ever quit hurting. They said no. I think…I think you just live with it. Usually I can sleep through it, and only wake up when I try to turn over. Last night everything was throbbing though. Hips, feet, shins, knees. I put on icy hot and take an Aleve and hope for the best. The hike and knowing that I’ve pushed myself past what I thought was possible is worth it.