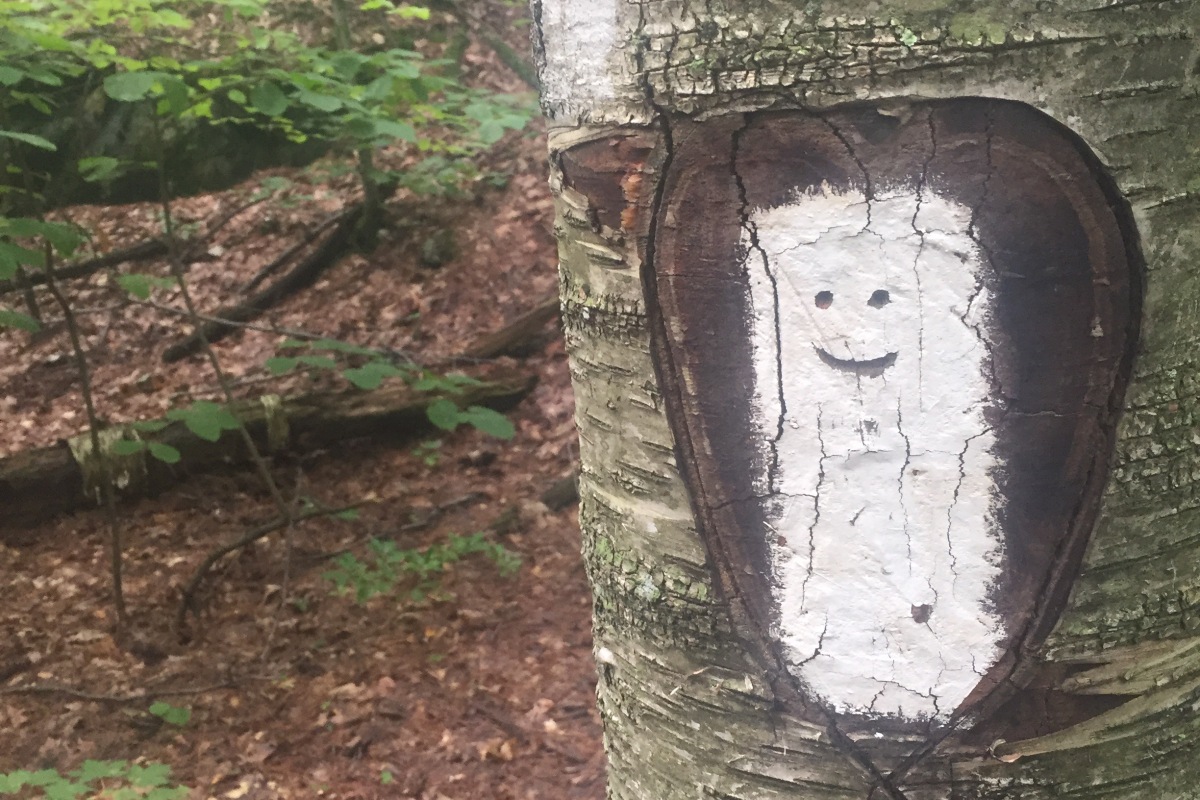 Last night, as dark was settling in, Joanne arrived. We heard her heavy footsteps and then a sonorous voice asked, in serious monotone, “well how many’s in this one?” Bent and I looked at each other, and Aquaman peered down from the loft. There are two shelters at this turnoff, so we assumed she had stopped at the other one first.
“Just three of us,” Bent replied.
“Huh.” She said. “Well I guess it’s all full.”
“Oh no,” Bent said, “there are two upper bunks left and plenty of space in the loft.”
“Well I can’t get up there,” she replied, sounding a bit like eeyore. Bent offered to move to an upper bunk and let her have his lower bunk, and she accepted. She explained that she was a (and here she paused to read her name tag, as she wasn’t quite sure what she was) shelter caretaker with the Massachusetts ATC, that she used to be a caretaker at Upper Goose pond Cabin, and for a while she was even a Ridge Runner. But just now she was trying to get back into backpacking.
There are some people of whom it can be said that they are made of heavy New England stock. Joanne is one of those people. Every step she took shook the giant timber frame of the shelter; when she finally fell asleep, she woke me with her snores. Her deep voice carried across the woods. Her questions were direct and to the point, and she did not joke. When we asked about Great Barrington, where she lived, she considered the question and replied with a list of every restaurant, including those that were closed, and every business we might consider stepping into. And then she started on Kent, Connecticut!
A large tree limb fell near the shelter. Joanne lamented that she didn’t have her saw with her. In the morning, on my way to the privy, I saw her steadily tearing the branch apart with her bare hands.
Joanne managed to stomp around in Crocs, generally a very quiet shoe.
Joanne is now legend.
Bent and I woke and decided to hike the 12 miles to Great Barrington as quickly as we could. I was continually struck by what a beautiful morning it was. The light filtered through the trees like something in a film. I mean, it did that because of the excessive humidity, but it was still absolutely stunning. I am in love with Massachusetts. 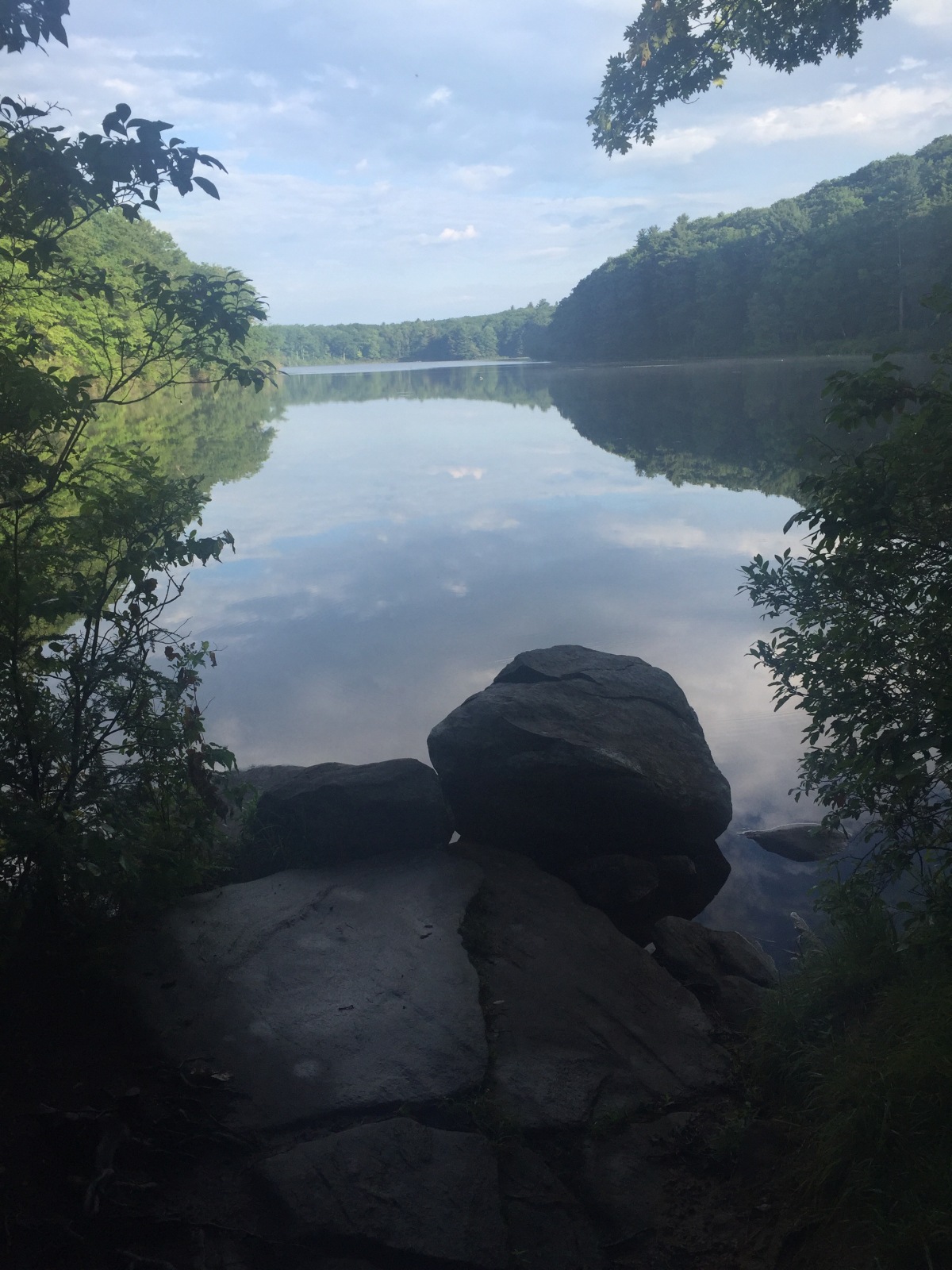 Perhaps we should have slowed down, too. There were several large slabs of rock, and on one, my feet just slid right out from under me. It looked like a cartoon banana peel slip. I landed hard on my rump. The hike became a little more difficult.

And then bent fell. 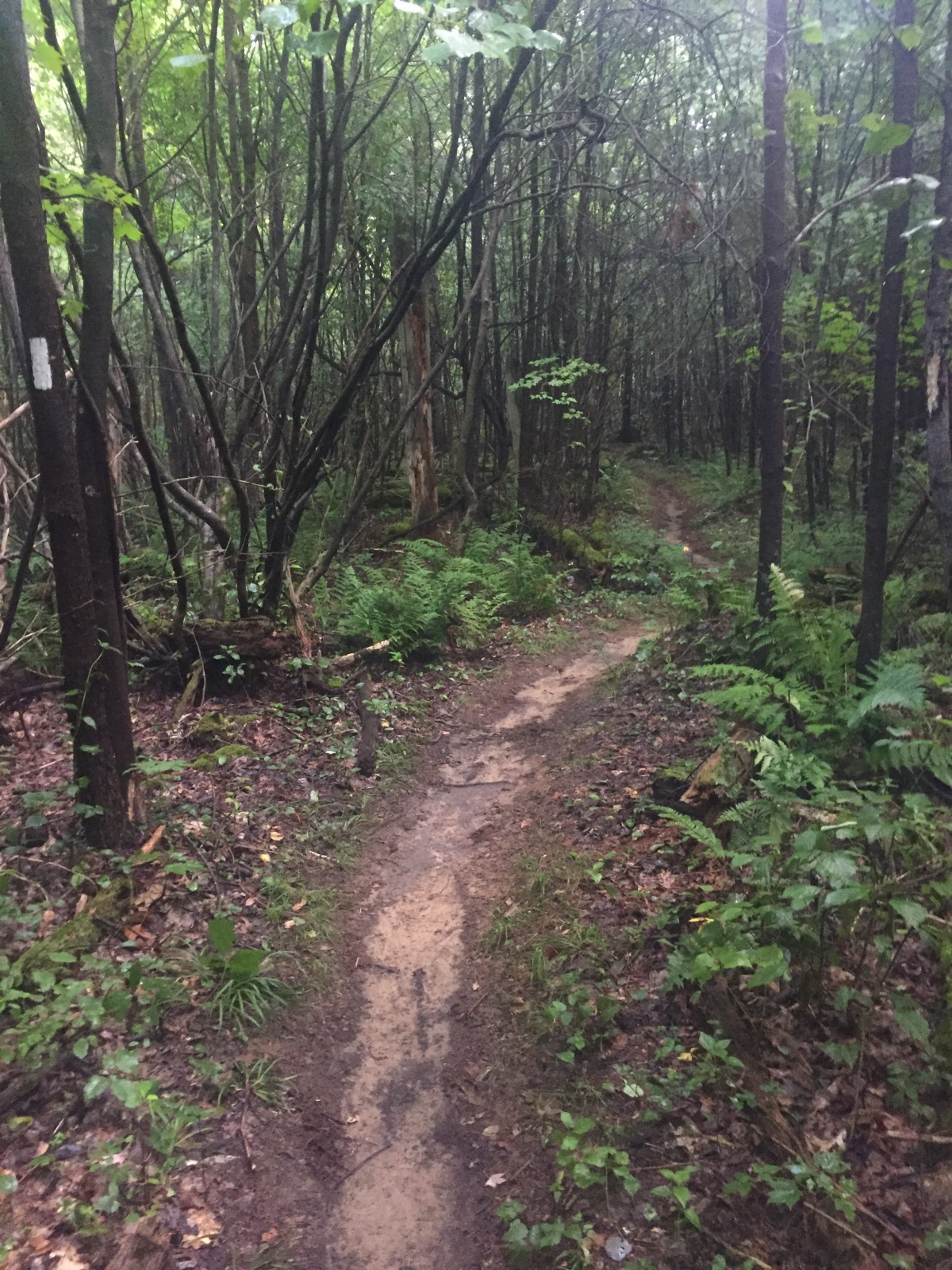 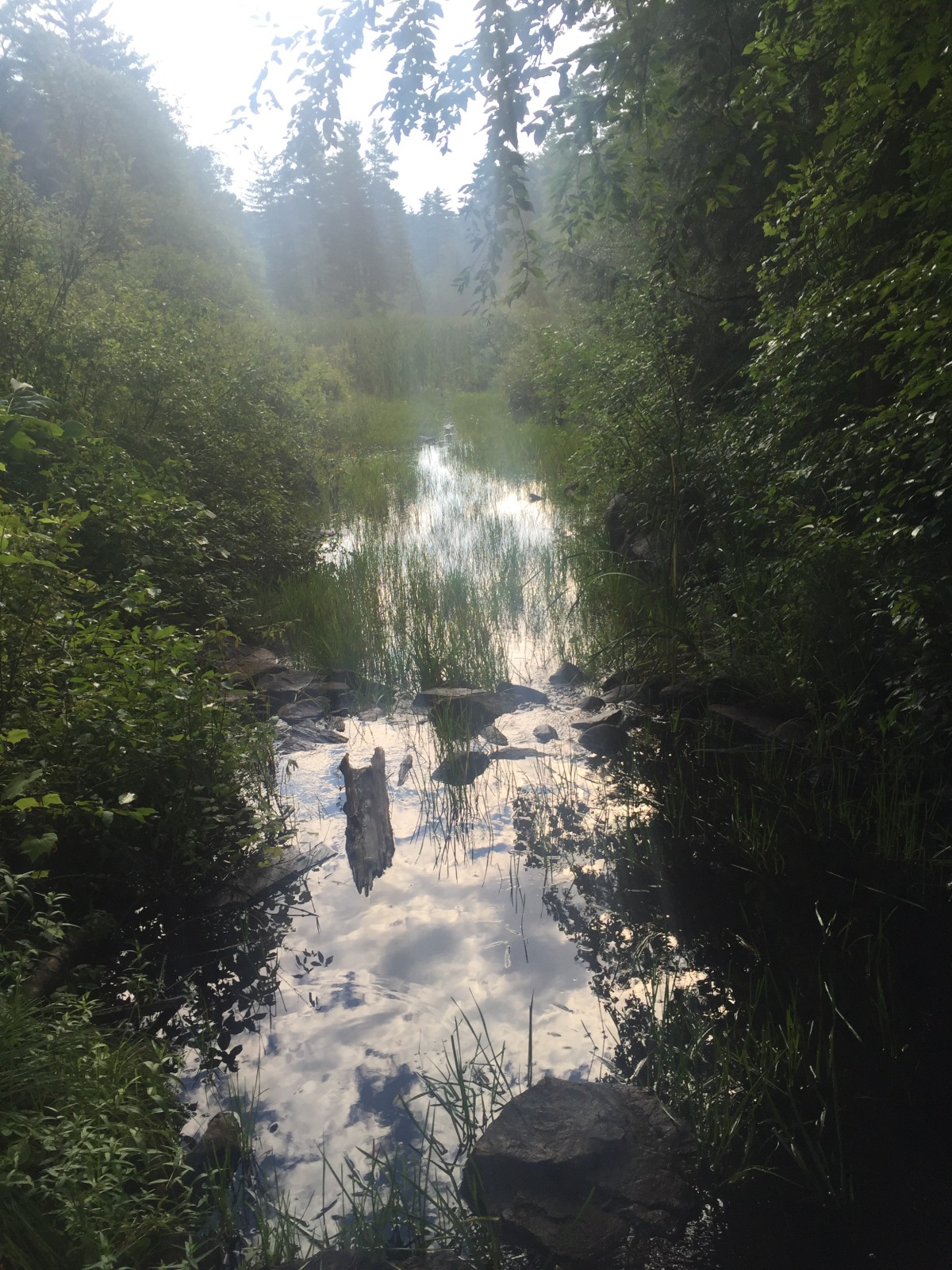 And then we both fell a few more times.

We contemplated Icy Gulch but there was no ice and it was not particularly icy. 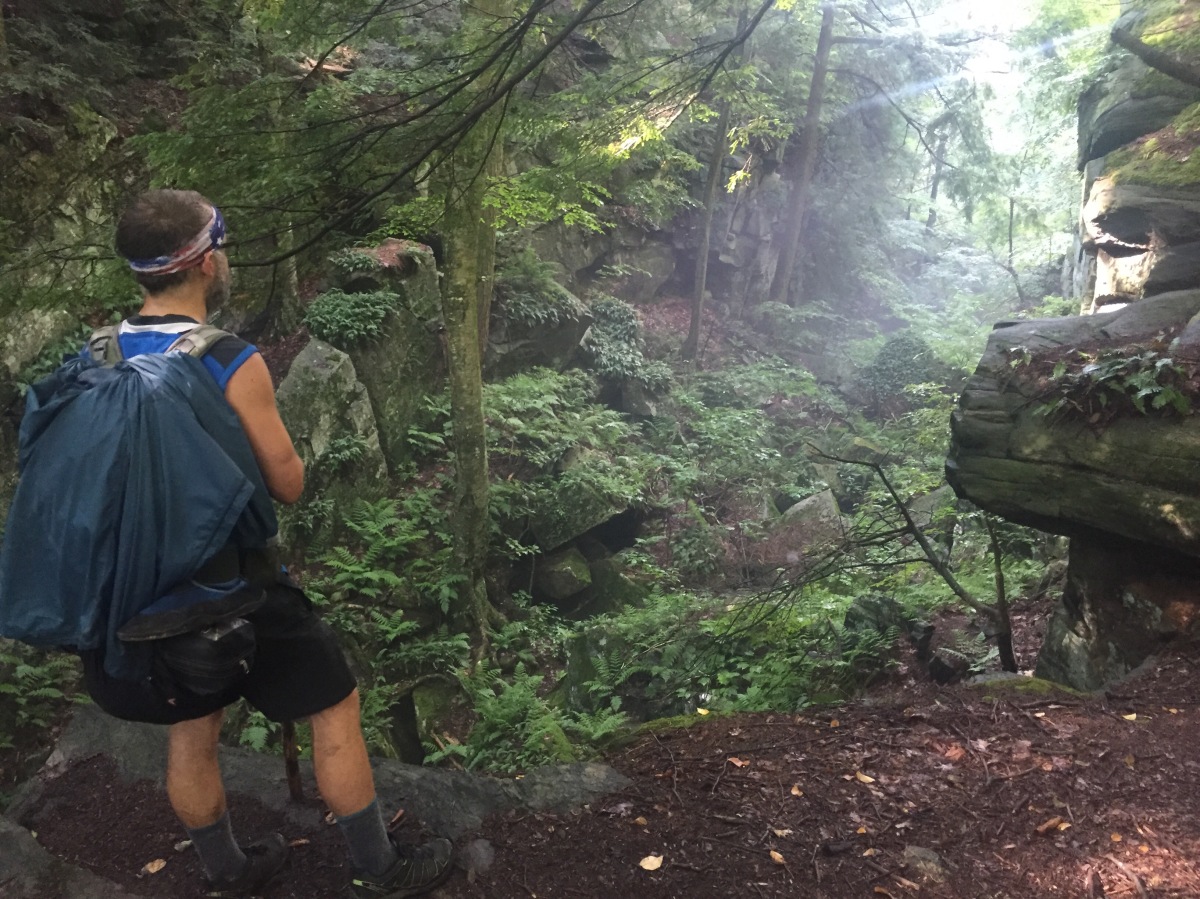 We slid on our bottoms down an entire rock face. A happy face blaze awaited us.

The longest meadow walk ever happened. 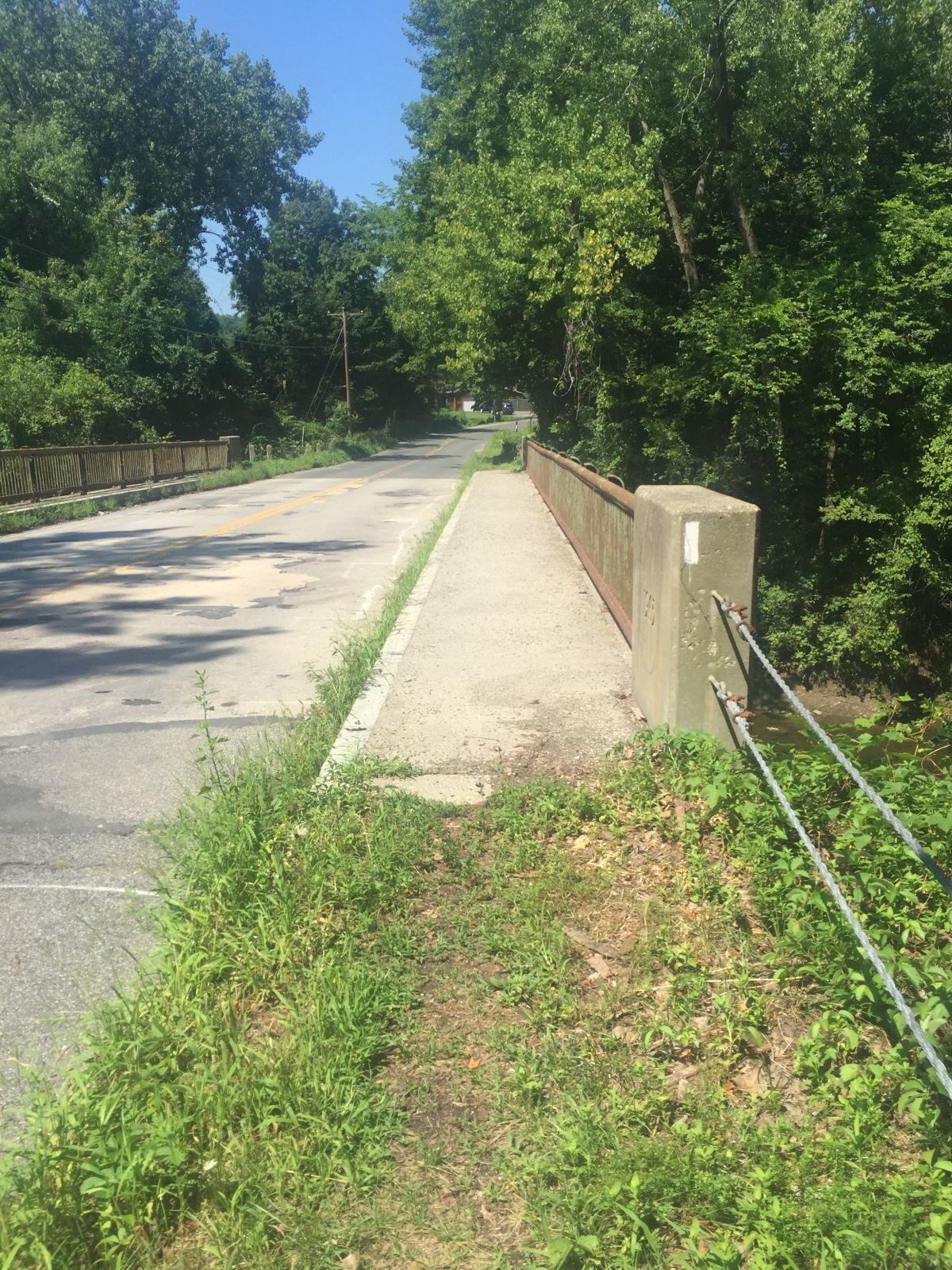 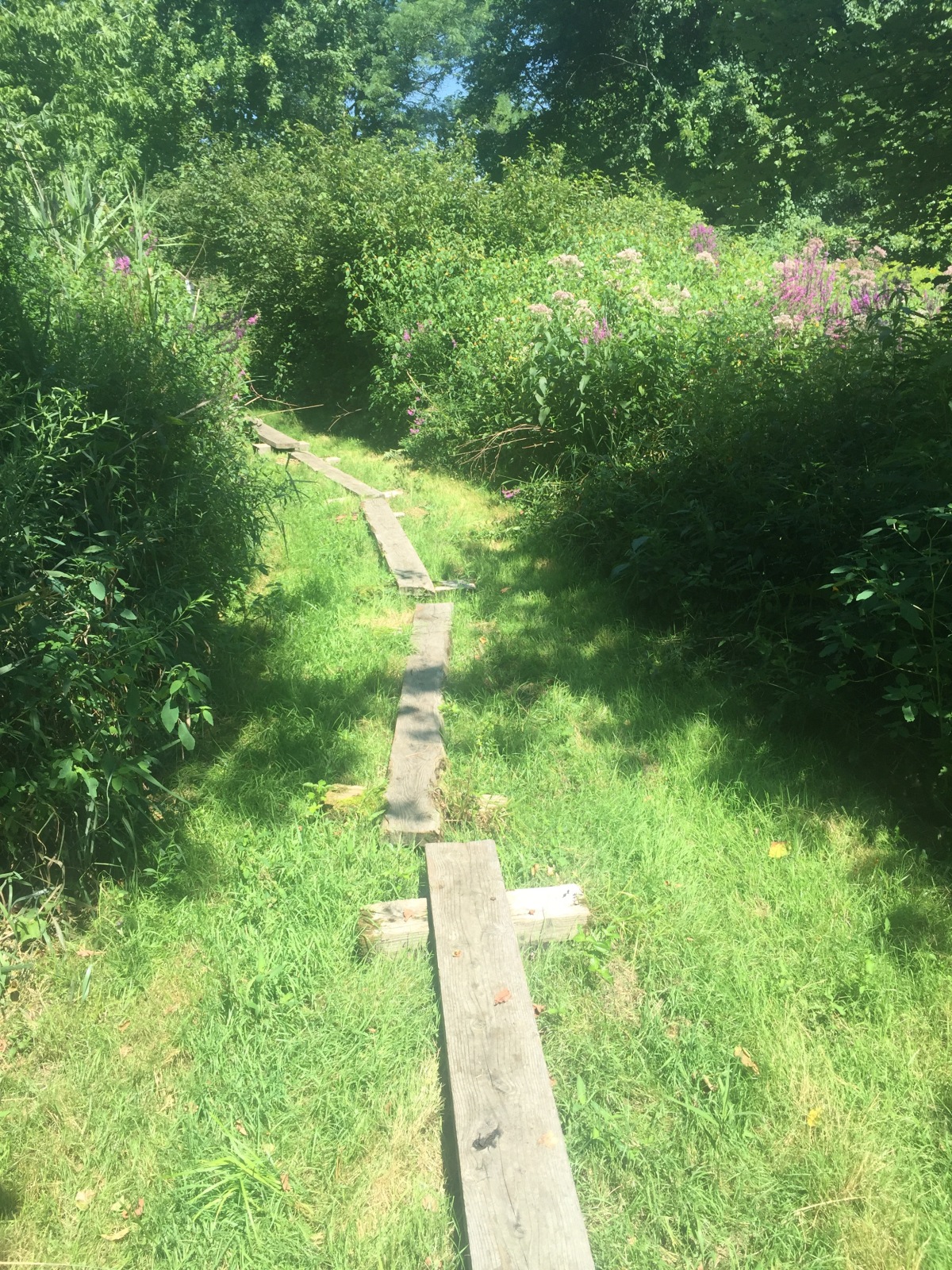 And then we hitched into town. It was actually two hitches– the first only took us a mile or two, so we went to the coldest gas station of my life and got cokes and a quick snack. Then we hitched again to McDonald’s. We’d spent the last 8 miles alternating between making up a theme song for Joanne and talking about McDonald’s, so we ordered a lot of food. 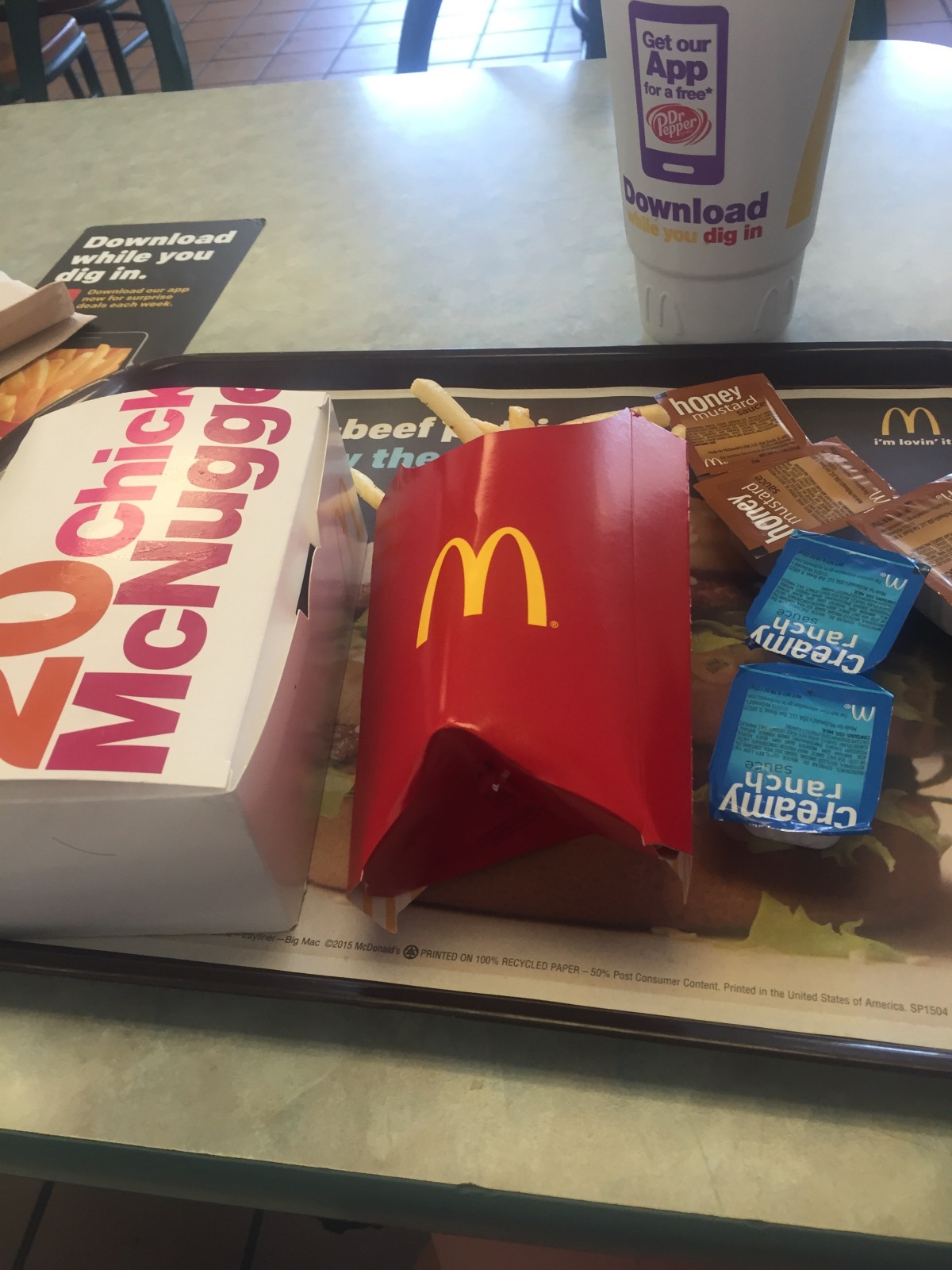 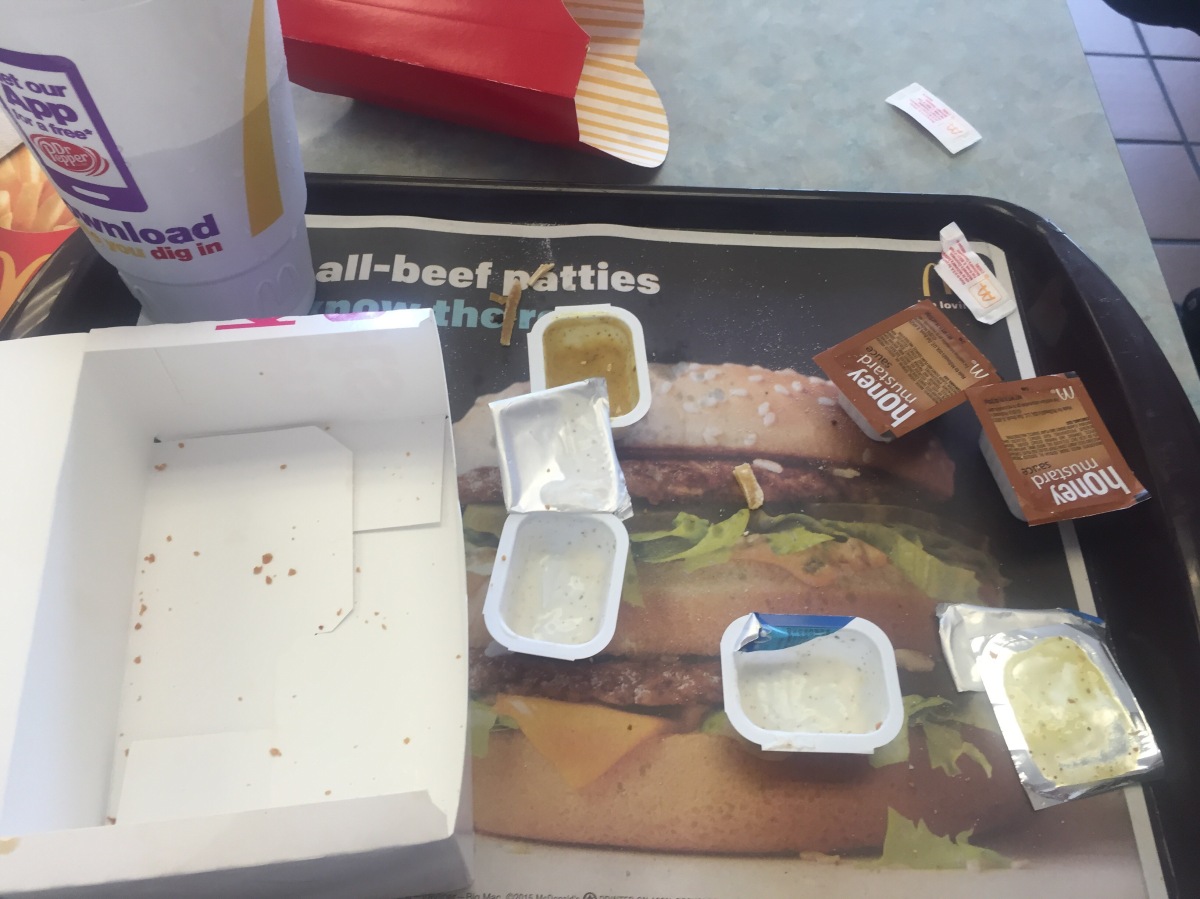 We ate it all.
My friend Maureen and her son River came and picked us up soon after. I knew Maureen back when I lived in Nashville, and she’s been a great friend to me for a long time. She lives in Great Barrington now, and switching my section to go SOBO meant that I’d get to see her, which was a huge motivating factor in my decision.
We drove out to her house on a pond, and showered and did laundry. After some time, we went back to town for resupply and Chinese takeout, and we spent the rest of the night enjoying a huge storm dry and full and comfortable in her house. It was a good night. I mean, I can’t sit comfortably, but I ate a lot and I got to see Maureen and River and rest quite a bit and rehydrate a little and feel clean for a few hours. And that’s certainly worth a lot. 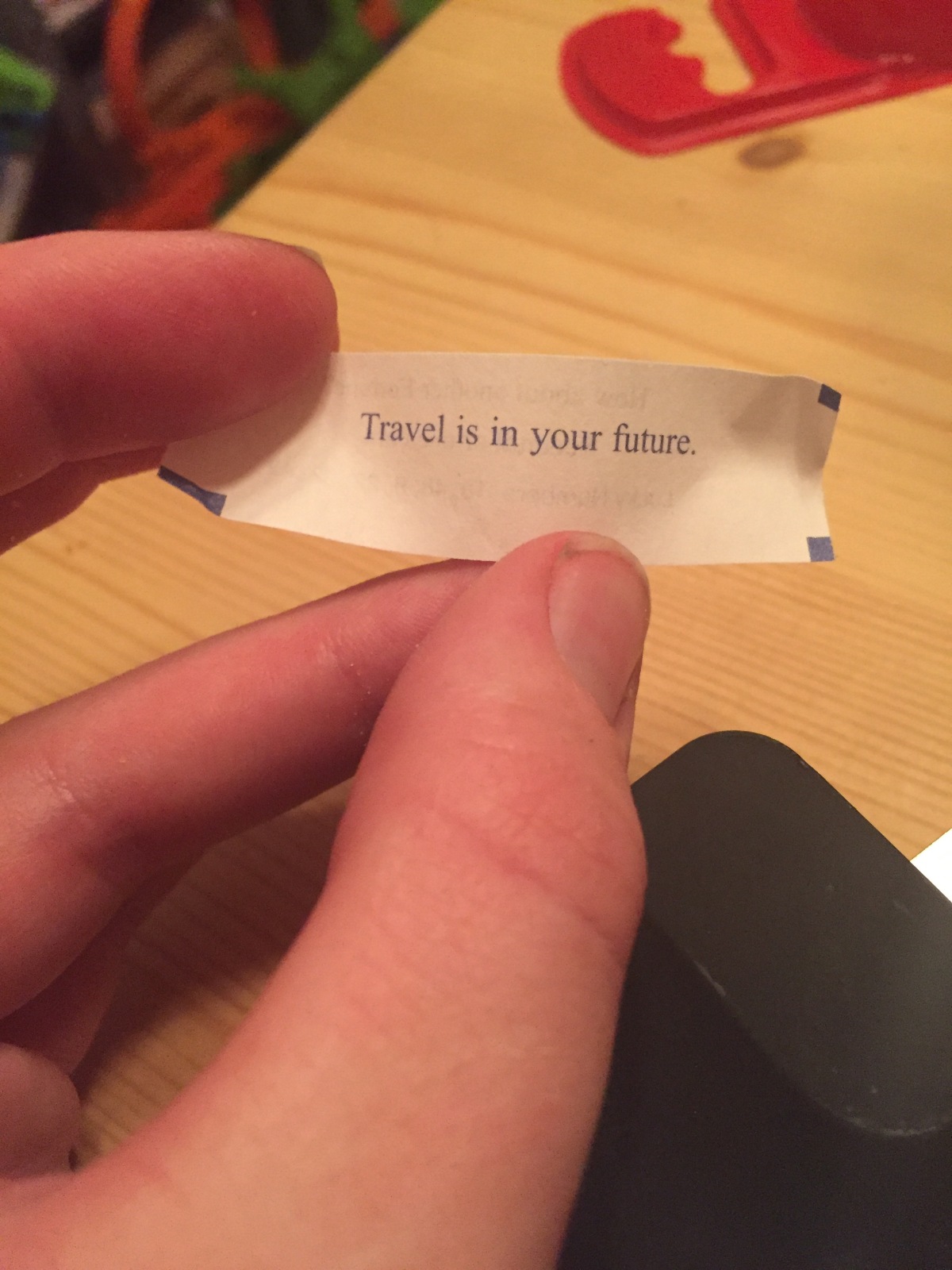 Tomorrow Bent and I are aiming for an 8 mile day. The heat wave is still brutal, so we don’t really want to push it.
But here’s a surprising fact: I’ll be out of Massachusetts the day after that.
Miles: 11.7