Gonzo and I left the shelter with me in the lead, setting a pace that was comfortable for the 14 miles we had to go.

We took some beautiful pictures in the gorgeous weather:

We saved some poor day hikers who were looking for the Blood Mountain shelter in the wrong direction. As it turns out, they had a much easier hike than if they had actually gone to Blood Mountain, which was, of course, our destination.

We then hiked on to neel gap, where we took a break to charge phones, eat a philly cheese steak, buy some more food for the last two days, and also prepare for super cold weather. There was snow coming, and my last night at Gooch mountain was going to be in the teens. Again. I got another pair of gloves, since mine have holes in them now, and the store hooked me up with a free nalgene someone had left, so I’ll put hot water in that for my feet. The store closed at 5 so we filled our water bottles and headed to blood mountain to meet Stewart and Ginny.
The hike up was cold and wet and misty and windy. It started getting dark. The mountain was rocky and had lots of open rock faces to walk over in the rain. It was spooky, and the wind and rain lashing at us only added to the effect. Then, suddenly, a rock building rose out of the dark mist in front of us. I called hello and rushed inside. It was empty. I felt sure that Stewart and Ginny should have beaten us to the shelter and started to panic. I called Stewart’s phone; no answer.

Thirty minutes later I heard Gonzo greeting people. Stewart and Ginny had arrived! We hugged and shared journeys up the mountain, then started figuring out how we were going to sleep in the rocky, windy, freezing shelter.

And then we saw the biggest, fattest shelter rat I have ever seen in my life. 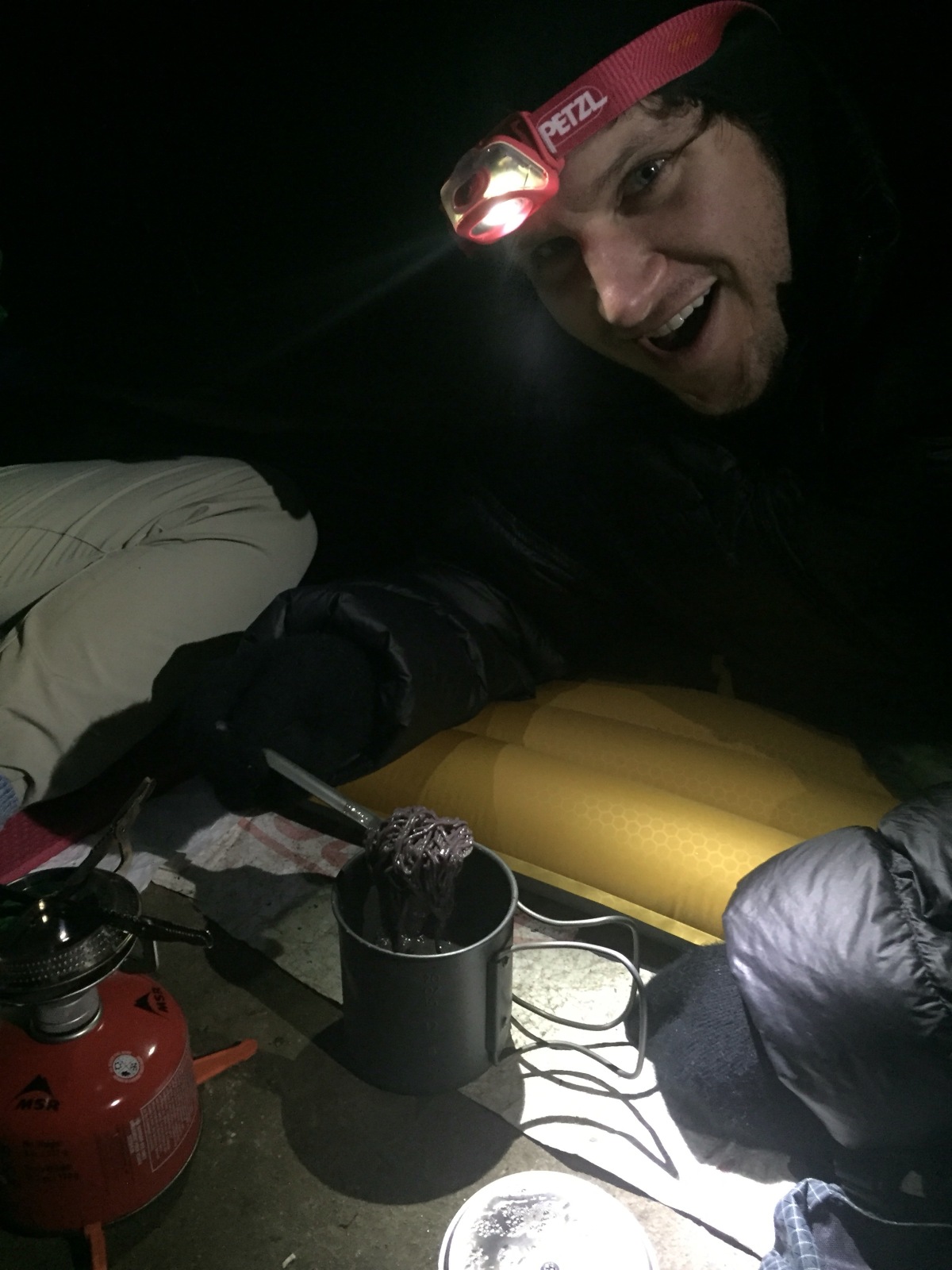 Stewart had some really creative food on this trip…

Stewart and Ginny in the shelter

We cooked dinner and talked gear, then quickly scuttled into our bags. The wind was blowing the tarps held down by rocks over the two windows, making us constantly question what we were hearing. Water dripped in from the wooden beams in the ceiling and whipped around the blowing tarps. The night was long, but it was so nice to have friends to share it with.