Well I lost this post. This will be a pale shadow of what I originally wrote.

After I posted my last update, I stayed in my sleeping bag in the shelter. Carpenter was reading near me, and Luke and Gonzo were still by the fire. Eventually Luke came to the shelter too, and I asked Gonzo to sing a song. Surprisingly, he obliged with sea shanties in a pleasing baritone. It will remain one of my favorite memories.

After his serenade, gonzo came to the shelter too, and we stayed up late trading stories while Luke…slept? And Carpenter did…carpenter things (I think he was reading but I can’t overstate the force of carpenter’s personality. Even reading he’s…mysterious. He’s one of those people who, when you hear stories about him second-hand, you think nope, that can’t possibly be true. But first-hand, you don’t question it. Of course that happened  exactly the way he describes it. He’s the kind of person who you let enrich your life and are thankful for it. I enjoyed immensely every second of conversation with him. What a gentle man with a great smile and a wonderful way of telling stories.)

The next morning, I said goodbye to carpenter, who was off to finish his thru-hike. Then I said goodbye to Luke and gonzo, who I was pretty sure would be passing me at some point. I started my hike cold and wet.

As you can see, beautiful views. 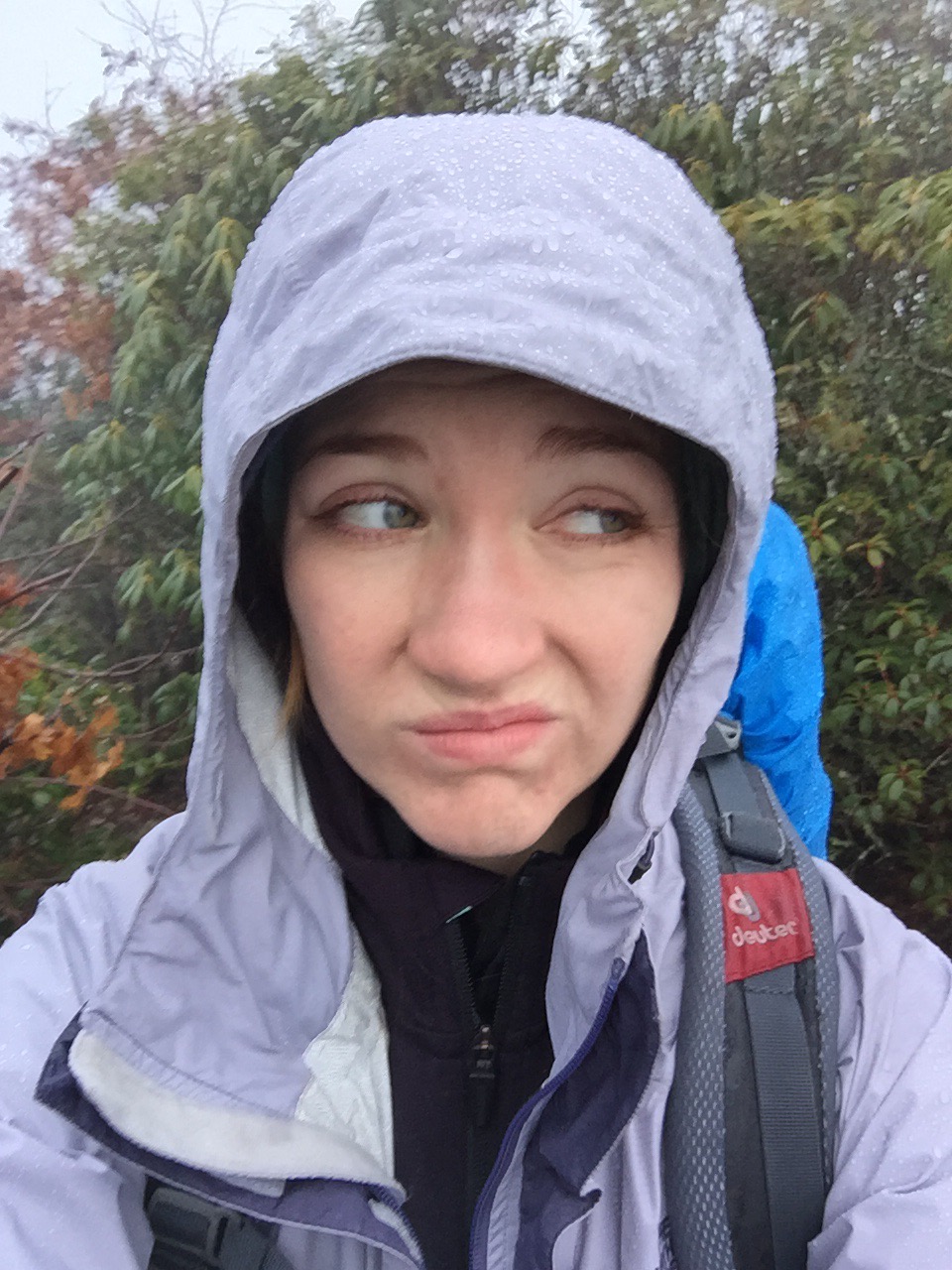 I hiked and hiked and eventually realized that this was a 15 mile day, not 13.8. Whoops. At this point, it doesn’t really matter. I like that I’m comfortable with those distances and don’t even feel like I have to get up early to make it. If I end up in the dark, well, I’ve already done that and it was fine. It’ll be fine again. I’ve really stretched my limitations.

I did run into Luke again, who invited me to lunch in town. I declined and told him goodbye. He was great fun, but I was ready to keep hiking. I hiked for a while with Gonzo, which is always good for 1. Making me go super fast and 2. Getting some good stories. He hiked on though, and I spent some time singing songs by myself and hiking.

In general, I can only sing “Army” (Ben Folds Five, verse 1 and 2), “I Could Have Danced All Night” (My Fair Lady), and “In My Own Little Corner” (Rogers and Hanmersteins Cinderella). Sometimes I sing the beginning of the French national anthem. 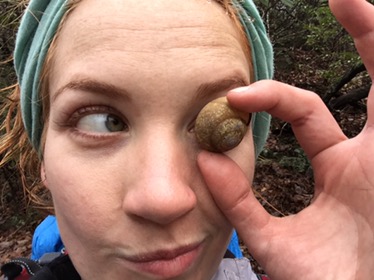 Gonzo found me while filtering water about 3 miles from the shelter. I was contemplating walking on to the next shelter, but it was a mile off the trail. We both decided that was excessive and headed in to Low Gap together.

While discussing colonialism, we found Otis at the shelter. We stood with our packs on while Gonzo chatted with him, figuring out what his deal was.

Here is Otis’s deal: he’s a 34 year old NOBO thru-hiker who had made it 43 miles since January 1. He had a 75lb pack. He was carrying 3 cans of propane, 48 packs of ramen, 3 tubs of protein powder, a $20 tent from Dick’s, two pairs of khakis, dress shoes, and, curiously, no rain jacket. He had been at the shelter for at least one night and didn’t intend to leave for another two or three because of the rain (it was not raining that hard).

Otis demanded a fire. “A real rager,” he said. Guess who gathered all the wood? That’s right; gonzo and I did. Guess who built the fire out of soaked firewood? Gonzo.

Thankfully, Gonzo carried the conversation with Otis. I was incapable. It was too ridiculous.

Eventually we went to sleep. All was well until Gonzo and I saw someone through the mist, hiking with a flashlight around midnight.

And then, in the middle of the night, Otis woke up and yelled “ARE THOSE M-Fing MICE IN HERE?!” He threw everything in his tent around, peed off the side of the shelter, then smoked an angry cigarette from his tent.

Reader, I had to fake cough to cover my laughter.
The morning came and Otis could not believe that Gonzo and I were going to 1. Hike 13 miles and 2. Hike in the rain. We did anyways.

And this ended our time at Low Gap with Otis. But not our time making fun of him.
MVP: Otis