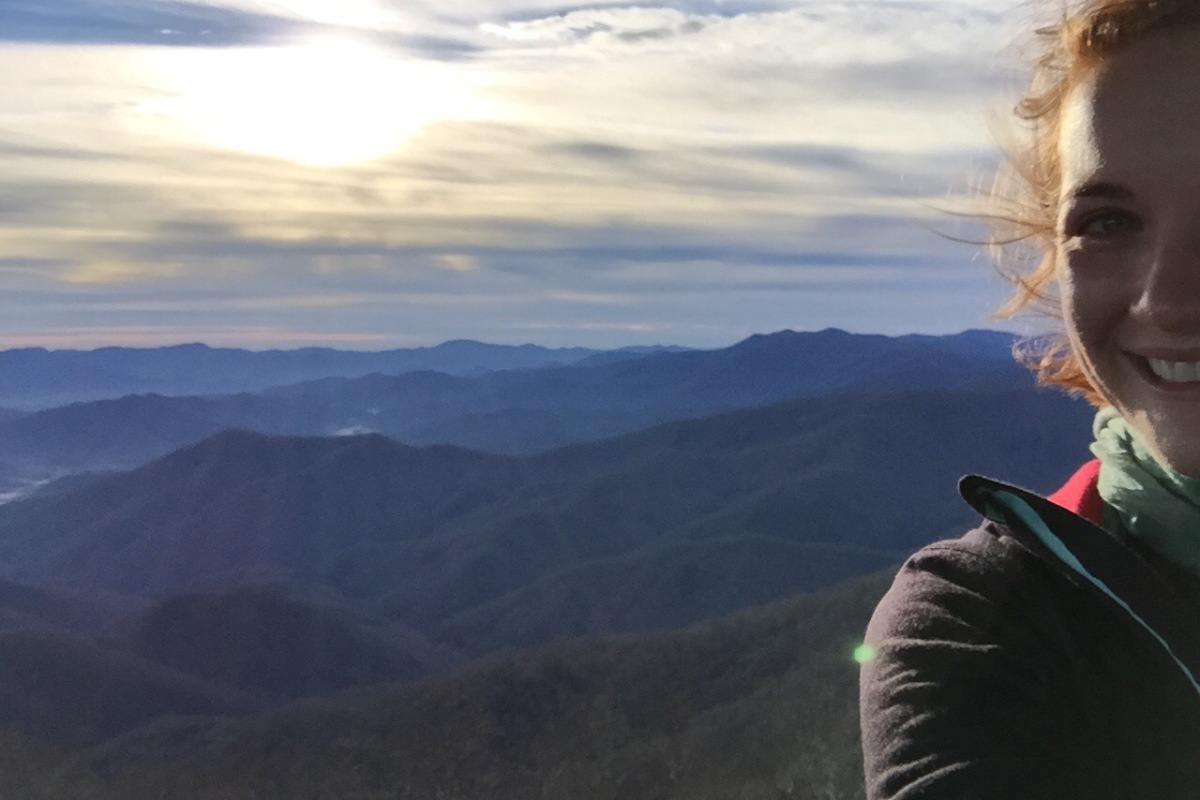 14.8. That is a new mileage record for me! And believe me, I felt it in my body, mind, and spirit. But I wanted to make it to my shelter before the sun set and I did. That was an important goal for my morale, because I know I have some 15 mile days coming up, and I did it.

Last night was cold. Tonight is going to be worse, I think. I put up my tent inside the shelter as an extra wind block. I also rearranged my sleeping setup, so hopefully this works better.

Today was, overall, pretty nice. I had a great view at Wayah Bald Firetower early on. And I followed along the Bartram trail for a good bit. William Bartram is considered the first American naturalist and traveled from Georgia through North Carolina and up to Virginia. He’s a pretty big deal. His children, or maybe grandchildren, are also minor characters in the Outlander series.

I passed several hikers today, mostly day hikers. That was nice too! I even got a salute from a guy who asked if I was going all the way to Springer. I’m not sure where he thought I started, but I suppose at this point all the way to springer is impressive no matter what. I’ll take it.

While I was walking 14.8 miles today I thought up all sorts of things to write about, but now it’s 7:30 and I really just want to go to sleep.
This shelter promised bear cables but there weren’t any. I’m pretty good at hanging my food without cables now, though. I am woman, watch me throw a rock over a limb.
There’s no service here, so this will be posted from someplace with service. With an addendum that includes just how freaking cold it did get last night.
**last night it got down to about 20F. I was VERY warm until about 5am.