Day 13: wildcat Shelter to tuxedo motel (NY17)
Sometimes it’s wonderful sleeping in the woods. The crickets and frogs put you to sleep. There may be a light rain on your tent or the tin roof of the shelter, drowning out most of the noise.
Sometimes it’s less fun. Bugs flying into your tent walls. Shelter-mates snoring. Feet throbbing. A cold draft through your sleeping bag or a rock under your hip. A precarious slant on the ground that dumps your head off your pillow, or a slant to the entire shelter that moves half of your pad slowly closer to the person next to you.
Last night was a not great night for sleeping in the woods. F-Stop has a small dog who decided to hop out of her hammock in the night, then periodically stood up to shake himself, jingling his collar. I was somewhere between cold and sweaty. My heels never stopped hurting. I took a Benadryl to pass out but I still woke up several times.
When I heard the rain start at 4:30am, I knew it was going to be a rough day.

I stayed in bed, half asleep, until 5:30. It was still raining, and would likely rain until 8pm. FD and I hadn’t quite decided on a destination. The shelter at 14 miles (a good distance in NY with all the rock scrambles) has a really aggressive bear, according to hiker reports. It’s been stealing food and standing up to intimidate hikers, sometimes blocking the path to the shelter.

The next shelter was in 19.5 miles. We’d had reports from the Wiz that the trail was really terrible and difficult until the 14 miles Shelter (fingerboard shelter) and improved after that. But still…that’s a long day. We halfheartedly talked about maybe tenting somewhere 3 miles before or after Fingerboard, but there was nothing marked on the guides, so it was a total guess if there even was anything. 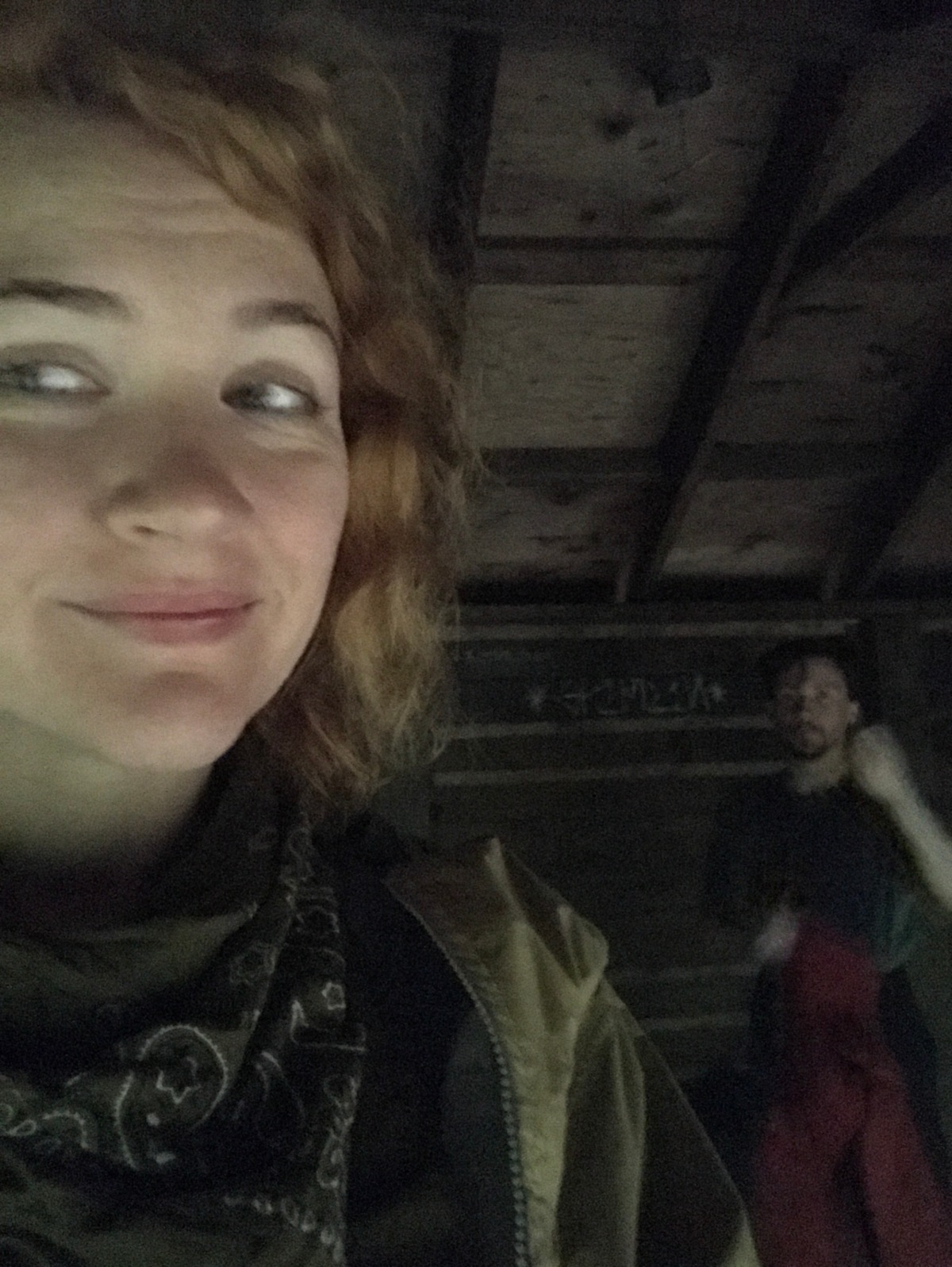 We set out in the rain, deciding to figure it out later.
The trail started off ok, with some rock stairs and some dirt trail.

We stopped for a break at 4.5 miles. I have a new snack- peanut butter with nestle morsels.

The rain didn’t let up. If it wasn’t outright raining, the wind was blowing, shaking fat drops from trees. My socks were soaked; I could feel new blisters popping as I walked (when my socks get wet I get lots of blisters. When they pop I feel a sharp, hot pain).
We made a few rough climbs. There were huge rock scrambles and ridgeline walks. This is ok in good weather (still scary for me! I hate heights!!) but gets dangerous in wet weather. FD slipped.

FYI, we went straight up those rocks in that picture. Tiny foot holds, no real path. We went back down similar rock faces.

We made a decision to get off trail at NY17. There was a motel 2.5 miles down the road. We could shower, do laundry, dry ourselves off, and ice our knees and feet.
In the last 3 miles we had to hike, we found trail magic left by Skyking (we met him…somewhere) and a lost baby deer, crying for its mom. 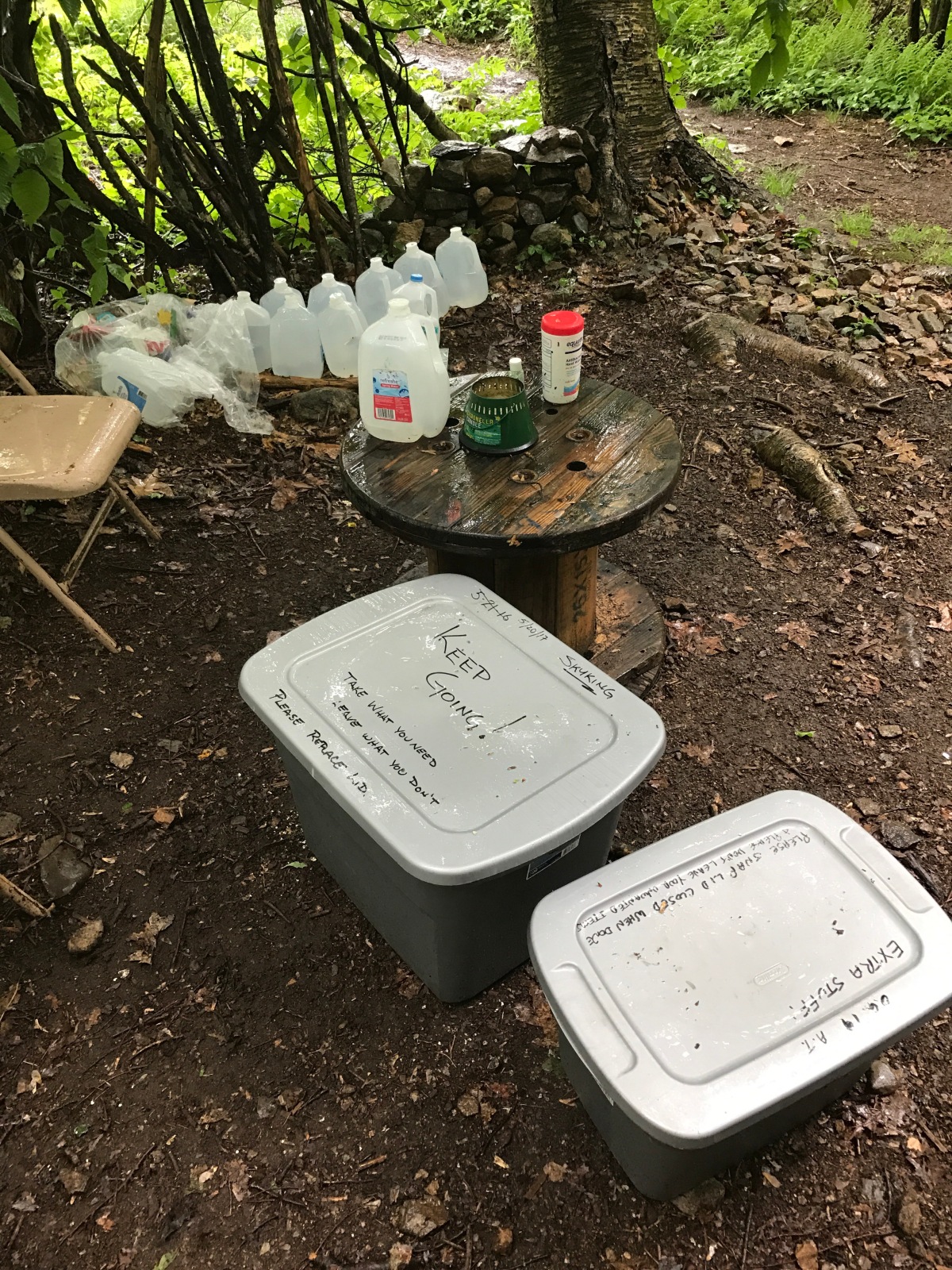 For anyone looking to do this section- it took us forever and the descent down to NY17 was rough.

We eventually got a hitch into town. I showered and we dropped off our laundry and we ordered Chinese. 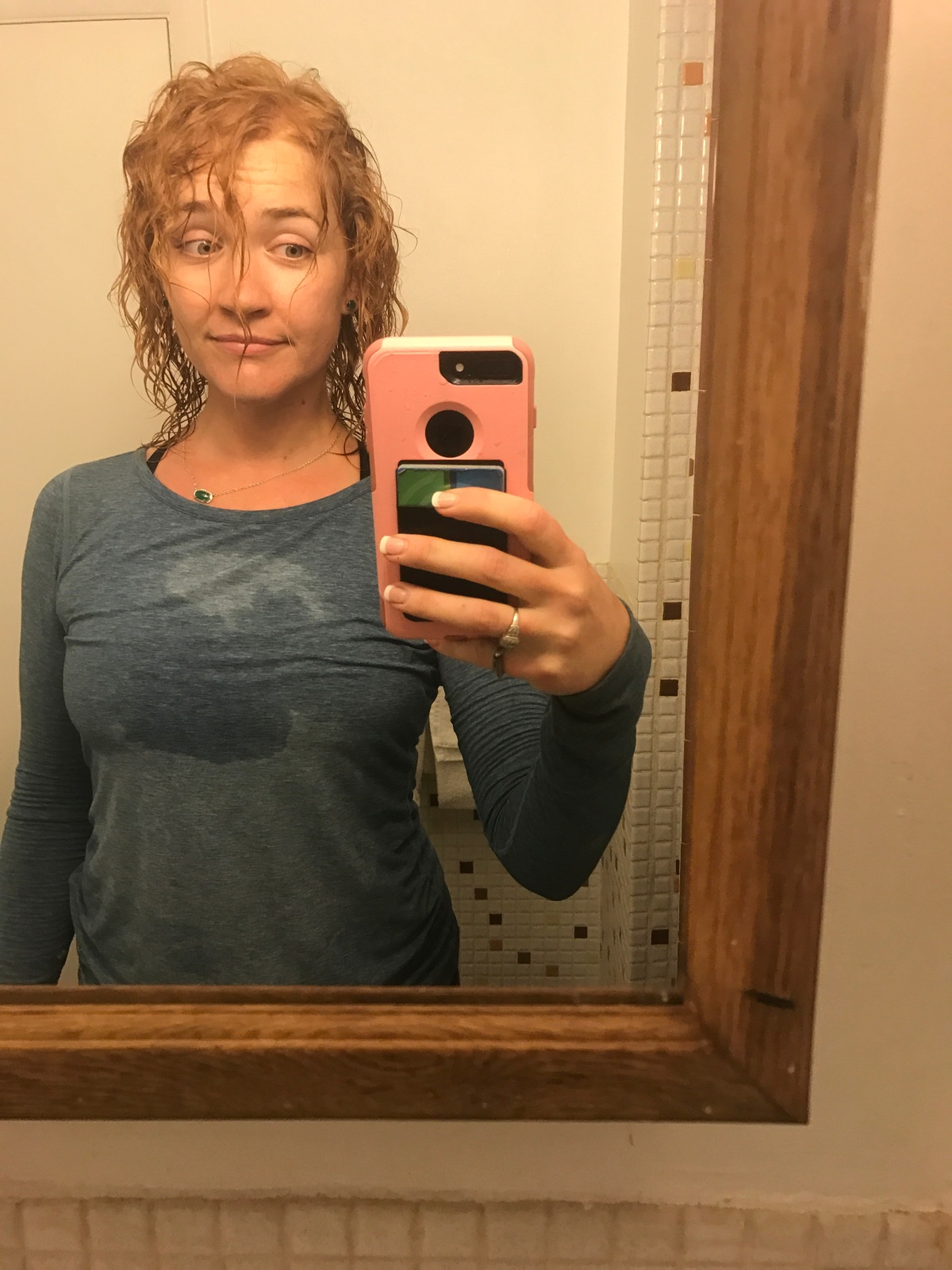 I’ve been icing everything I can since we got here.

And now, clean, dry, and fed, I’m ready for bed. We’ve mapped out the next few days, so I have some sort of plan of attack.
I feel good about this decision.
Miles: 10

MVP: ice on my knees

LVP: rocks. And knees. Again.
*****
Day 14: tuxedo motel to west mountain shelter
Waking up in the hotel was glorious. The room had been silent all night. I woke up slowly and stretched out in my bed. My feet were tight, but nothing hurt too bad. It’s rare that a morning doesn’t begin with hiker hobble anyways. 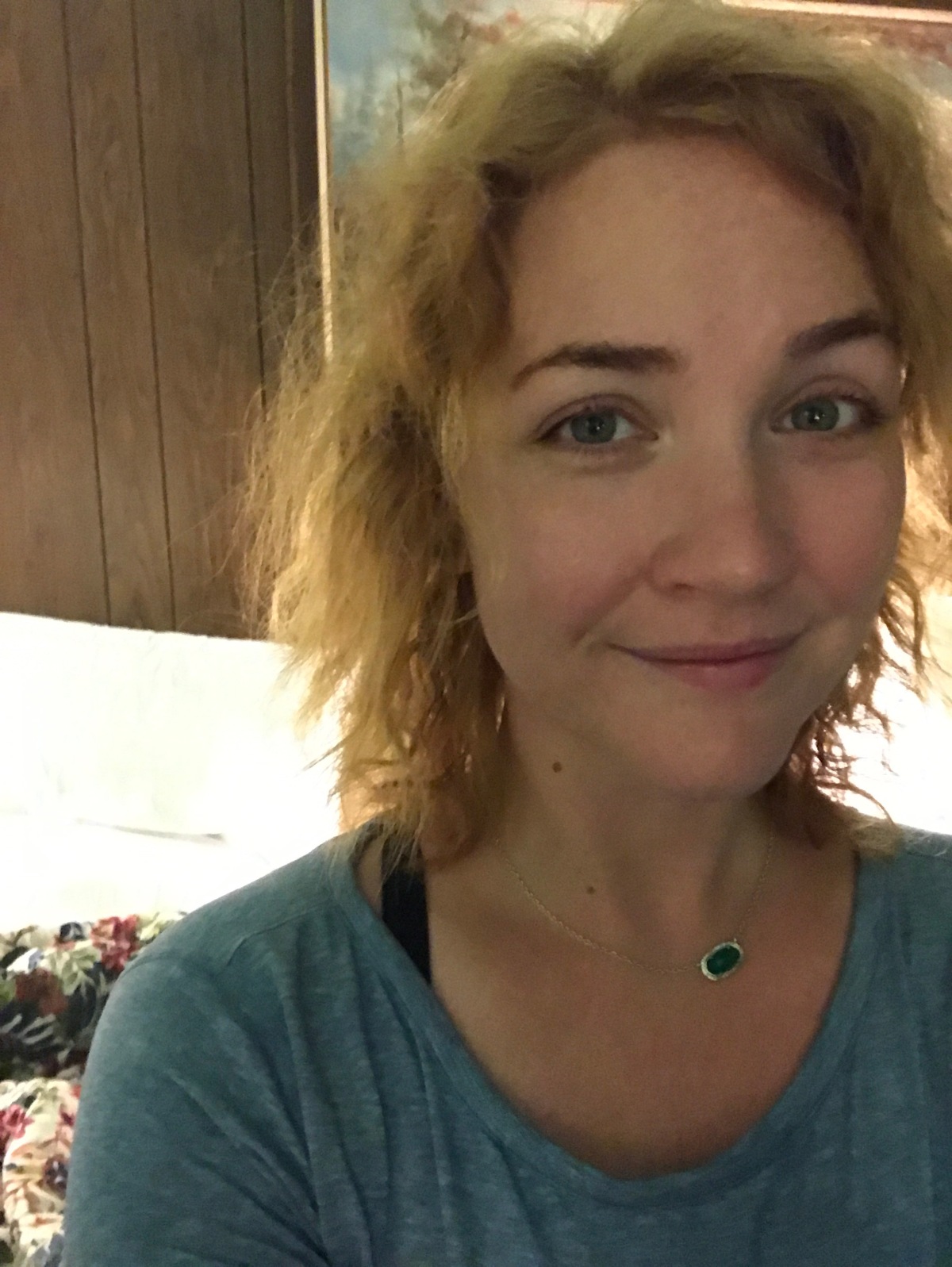 We didn’t rush to leave. It was raining but it looked like it would slack off by 9, so we enjoyed the morning. 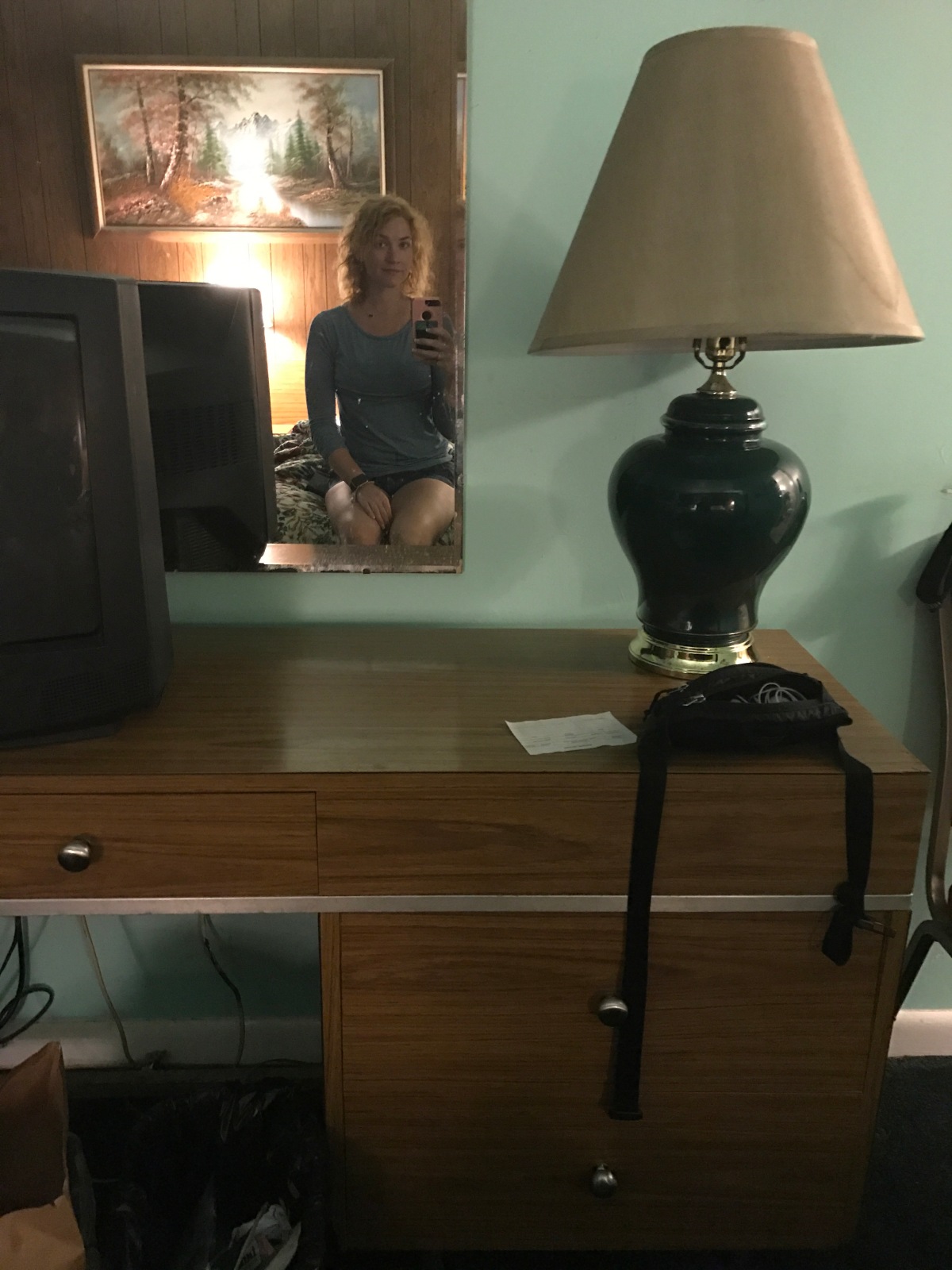 We walked down to the gas station for breakfast and called a taxi. Hitching is illegal in New York. 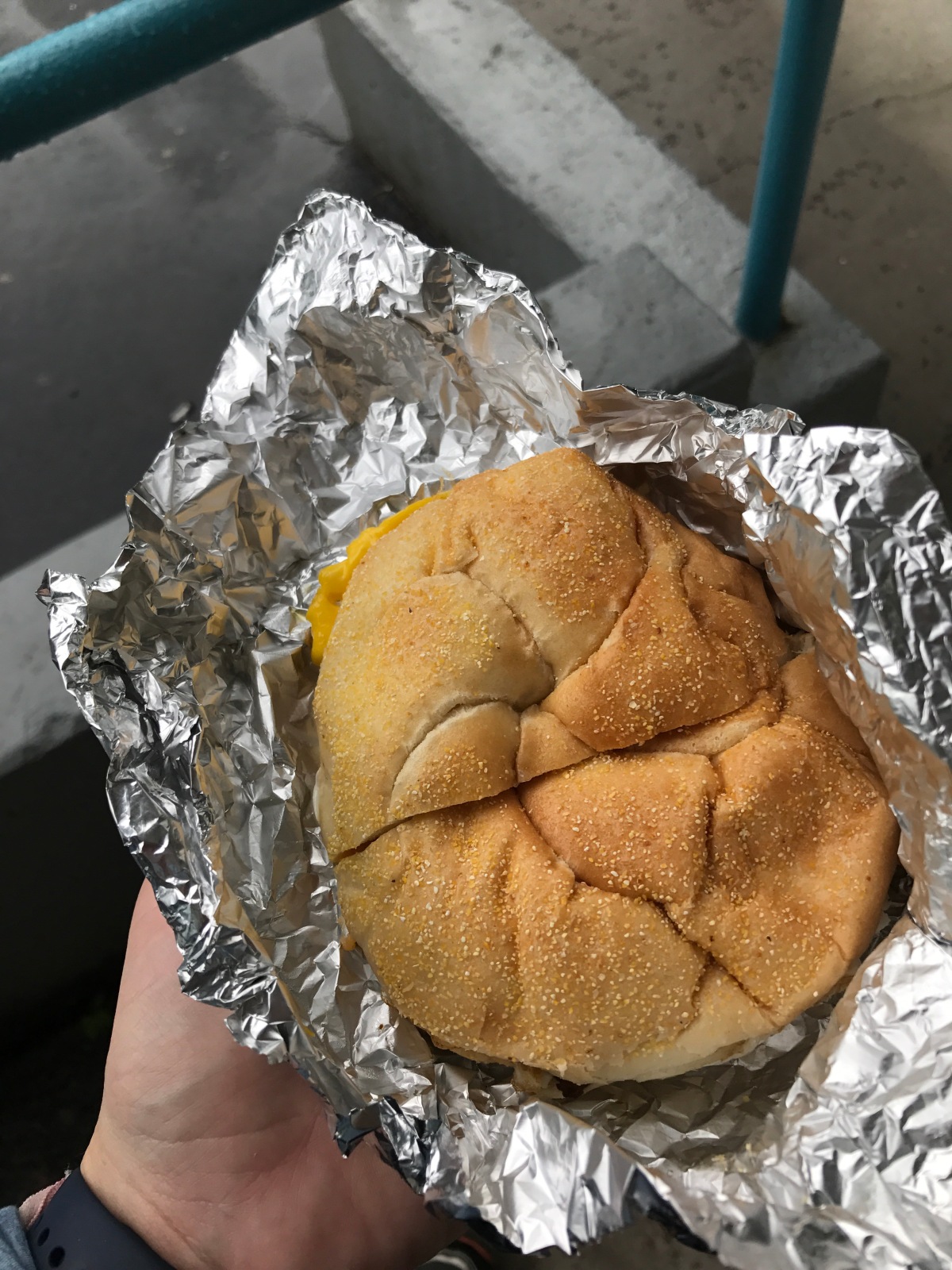 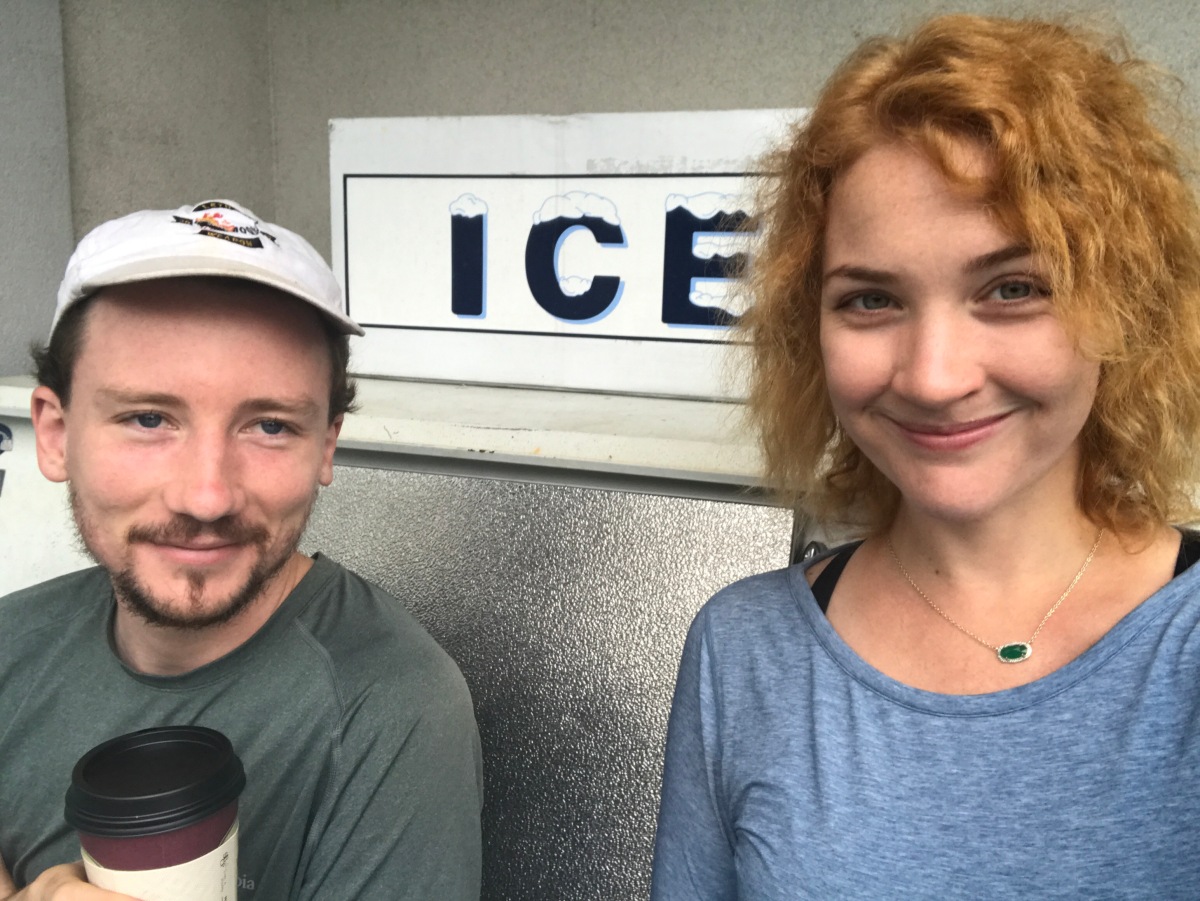 We had a bit of a climb, but in general, the trail got much better. 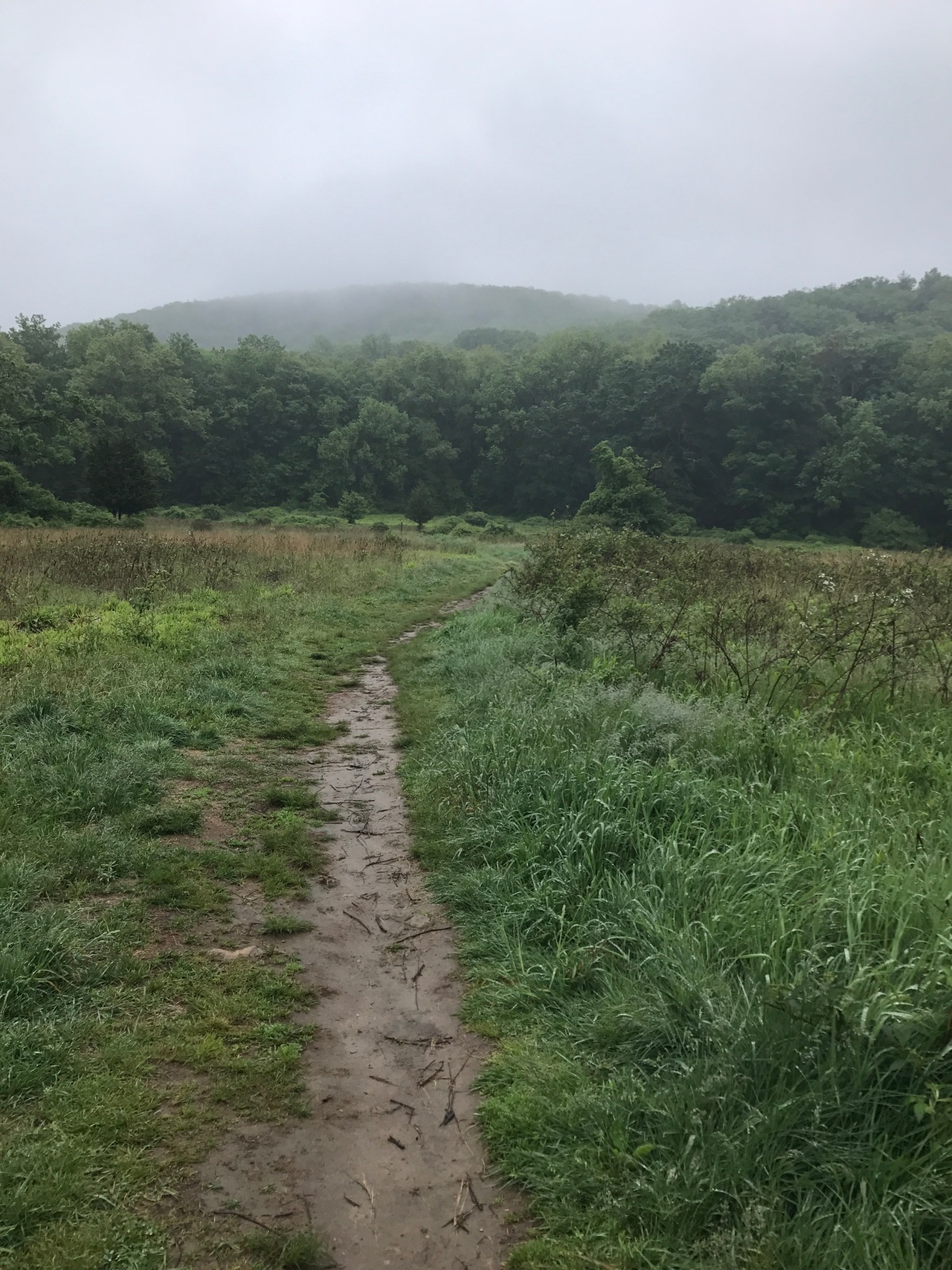 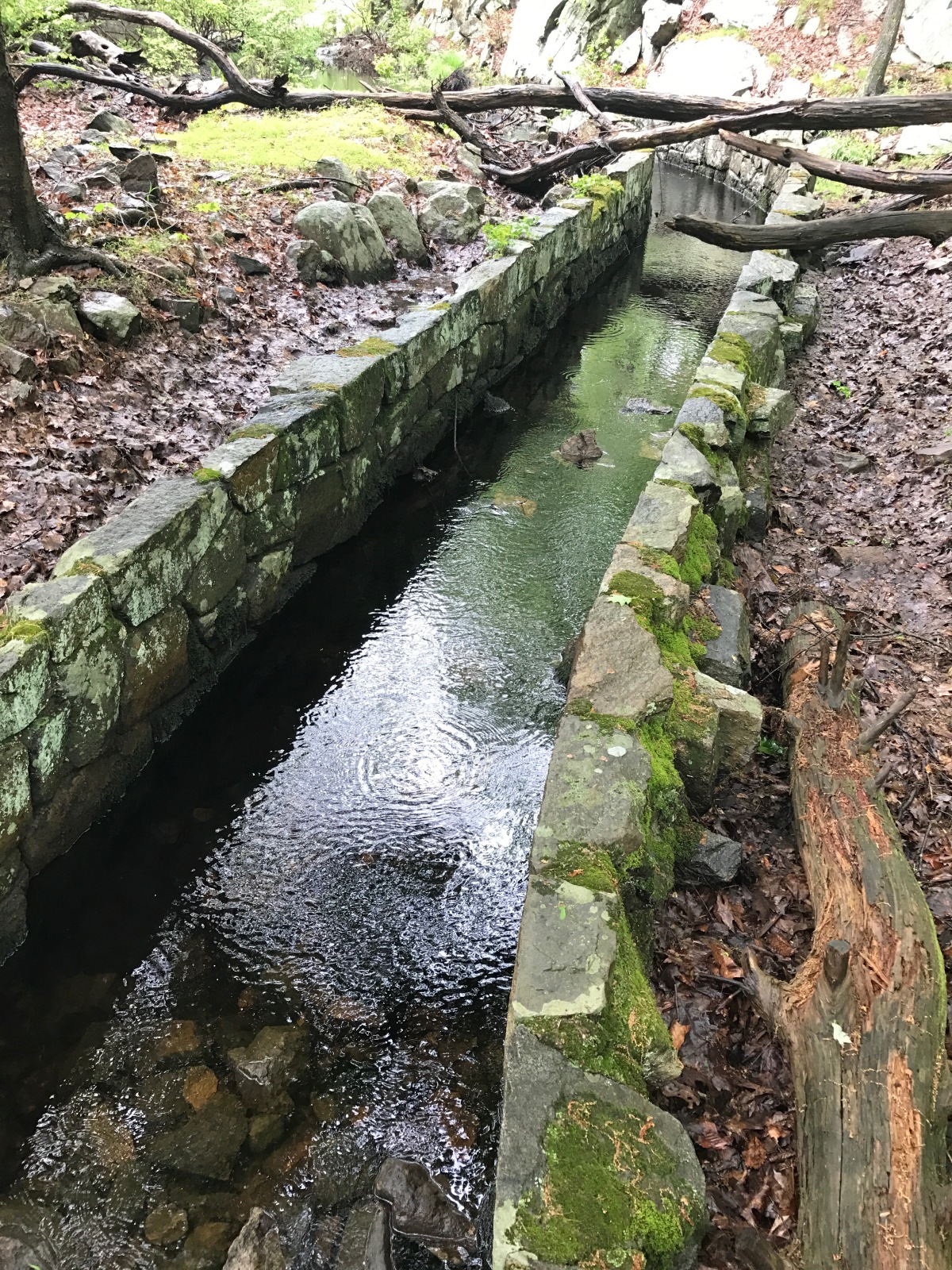 We did go through the lemon squeezer today. I fit through with my pack on, but FD had to take his off. 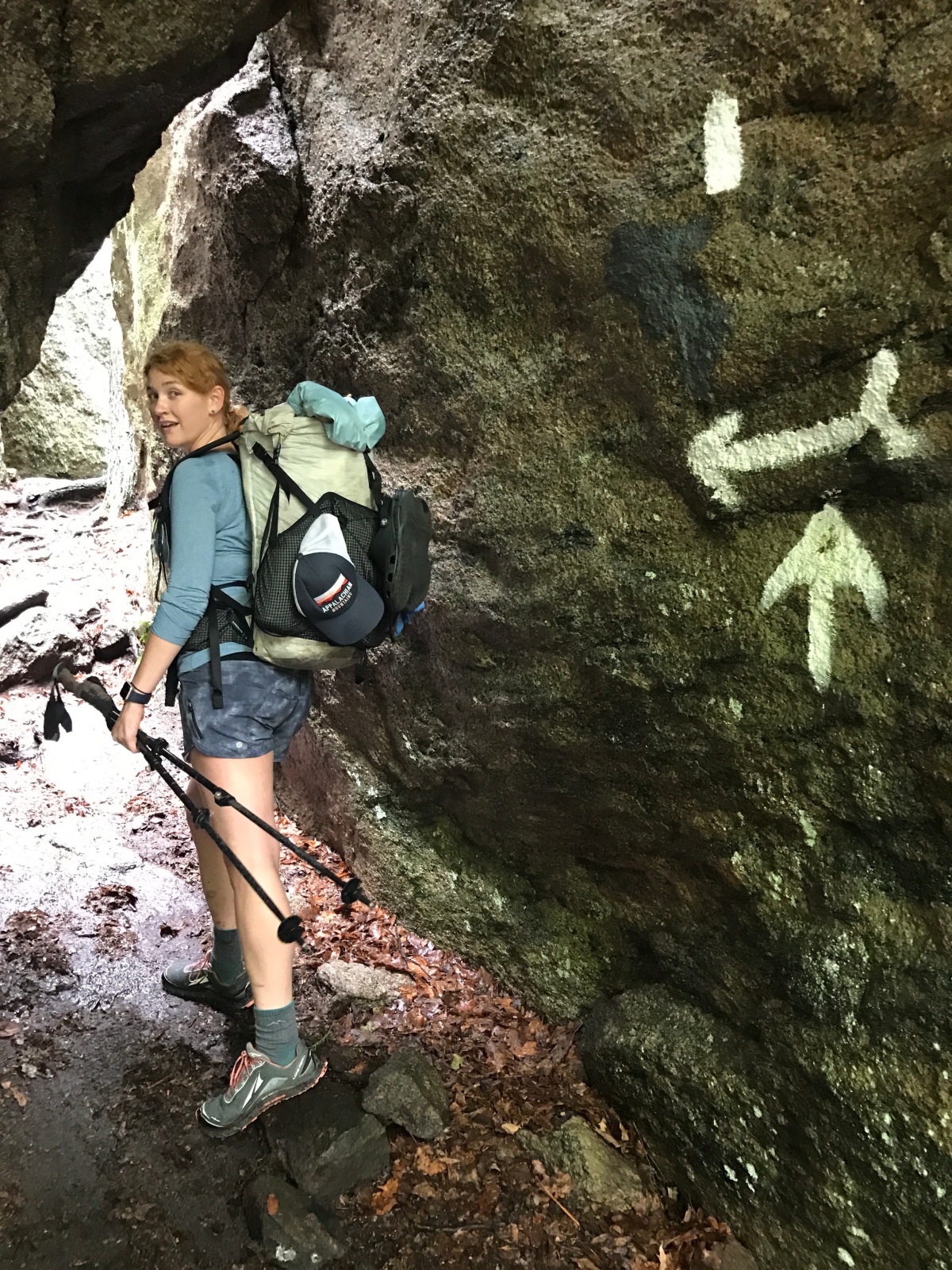 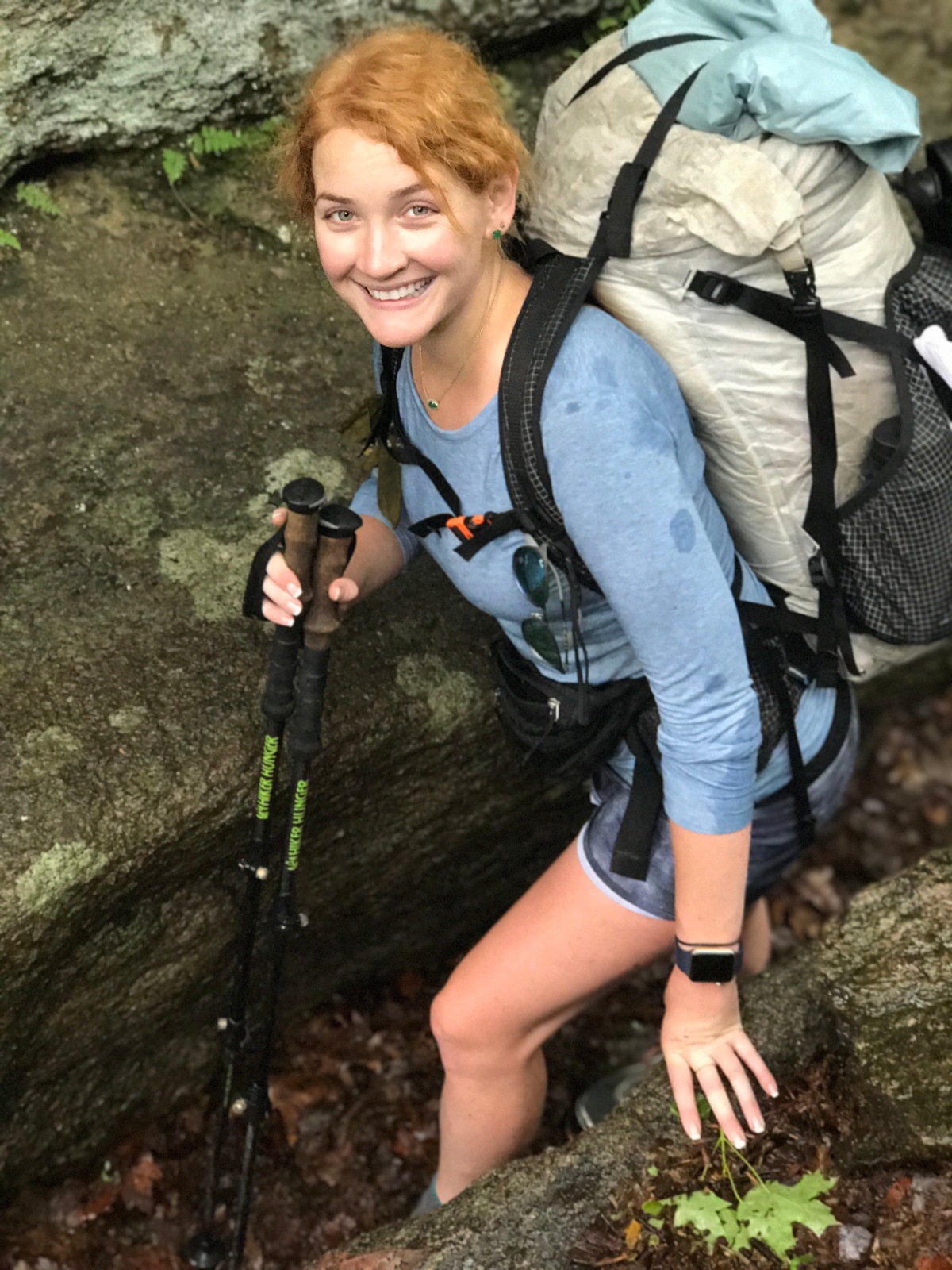 We had to throw them up in order to get up this little rock scramble though.
The trail got nicer. 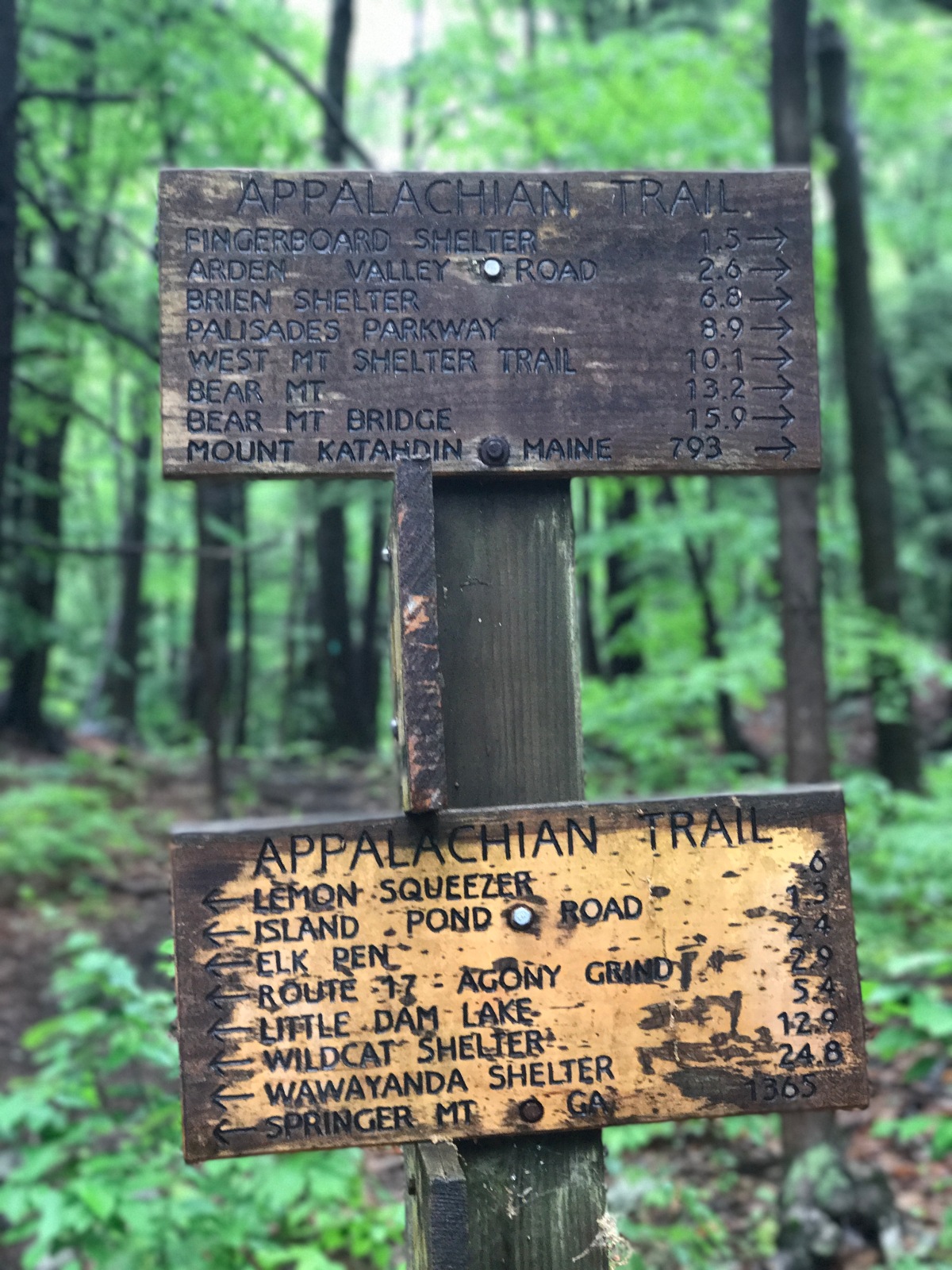 We enjoyed a break and I drank a cherry Coke I’d packed out.

The sun even came out for a bit. 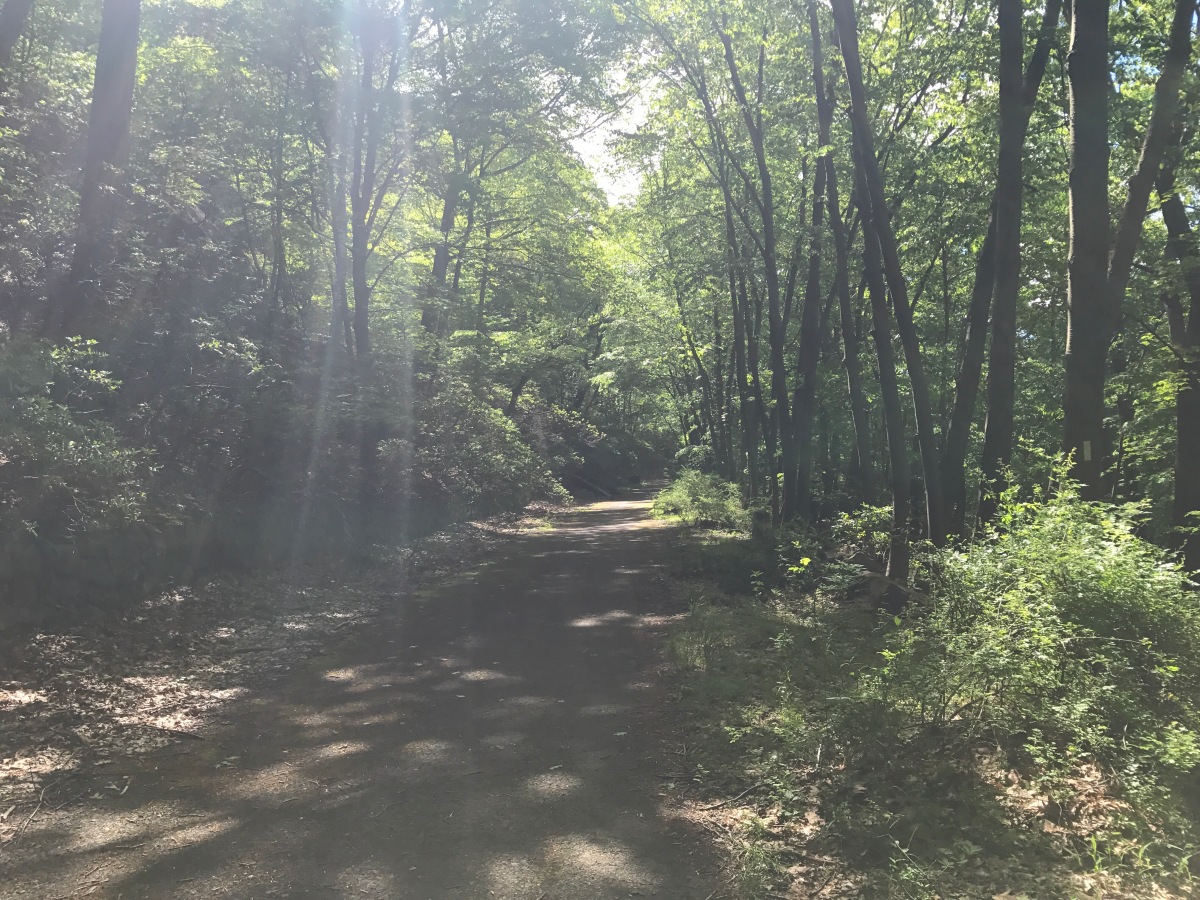 Lots of water today, which meant lots of stream crossings. I’ll take it, though, if it means I never have to repeat the 4 miles from hell that we walked in PA.

We stopped for lunch at a shelter (William Brian memorial) with Discount and Guinness. This shelter is built into a rock. 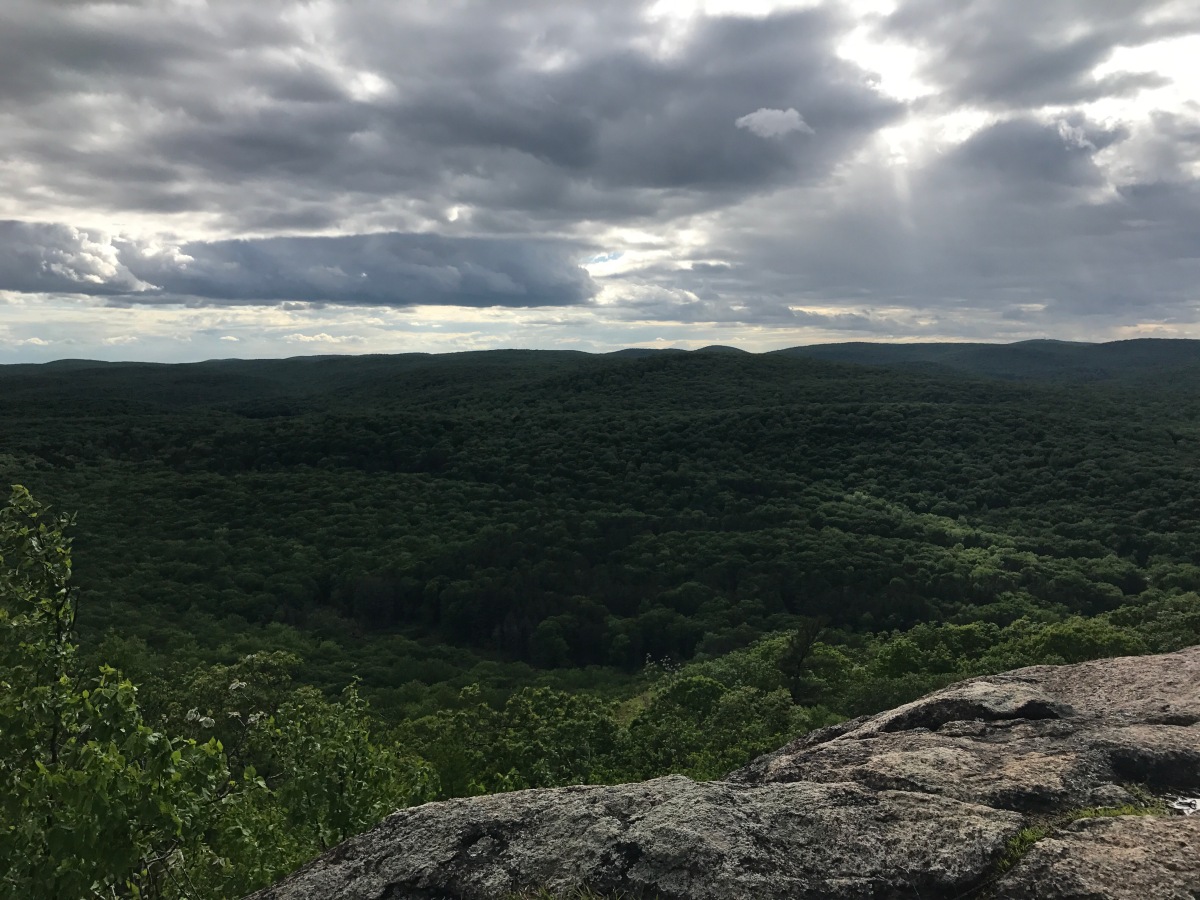 And then down to cross palisades, a super busy road.

And finally up west mountain to the shelter. It was crowded with a bunch of older men out hiking (flip floppers I think) but they made room for us. We’re watching the lights come on in NYC from bed right now. Pretty sweet deal, if you can climb mountains. 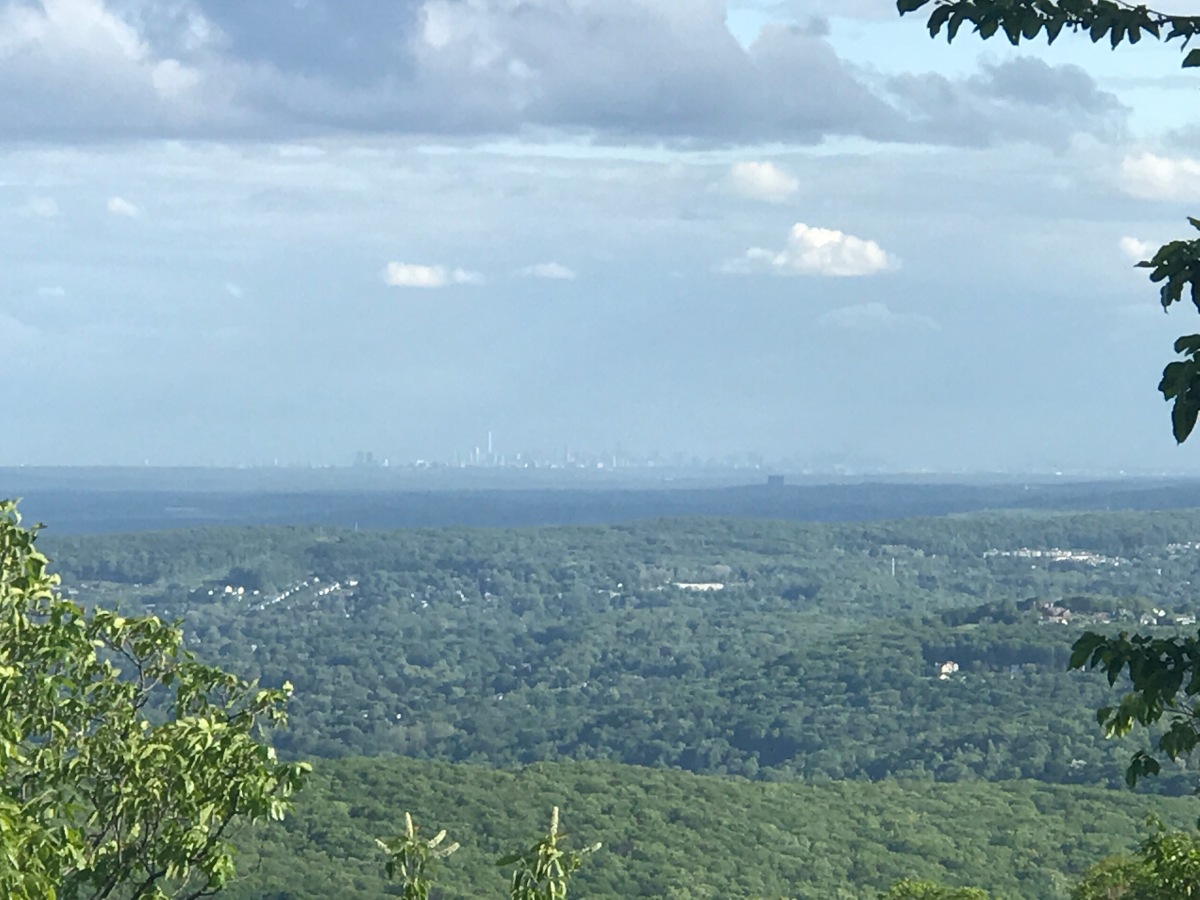 LVP: raindrops from trees. And puddles!